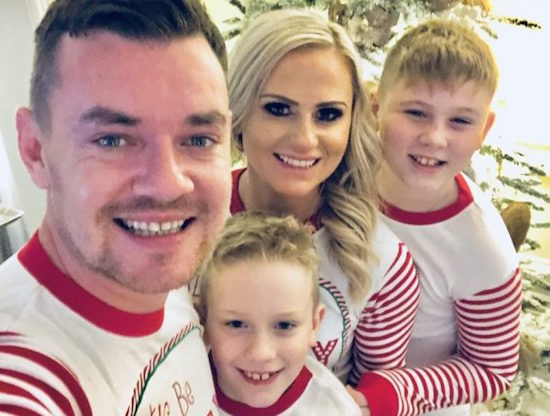 Brendan O’Carroll likes to keep Mrs Brown’s Boys within the family – and viewers have been introduced to another member of the clan on New Year’s Day with grandson, Blake.

The young Donegal lad, 8, will be making a brief (but memorable) appearance in the Irish sitcom household as a young lad named Blister.

And according to dad Danny, who plays Buster on the family-run series, his debut is a long-time coming as he’s been begging for years to join in.

Speaking ahead of the show airing, Danny revealed: ‘I felt bad for a while actually because he begged and begged for years and years to be on it.’

Brendan, who plays matriarch Agnes on the series, added: ‘Since he was two, [he’s asked] “Grandad, when am I going to be on the show?” All six of my grandsons wanted to be a part of the show, but particularly Blake. Blake of all of them.’

“So this year, finally grandad gave him his wish and let him have a go.’

Blake’s introduction into the world of Mrs Brown’s Boys may be quick – but it’s definitely going to count and will give the entire gang a bit of a shake-up when Blister makes an unexpected arrival during Bono’s birthday party.

Brendan has recruited all of the O’Carroll’s for the show – including his wife, kids and grandkids.

And if the youngster has his way, he’s not going anywhere anytime soon.

‘We do it twice in a day with two different audiences, so there’s a time that the kids have to be in the studio for the BBC, so we had to leave quite early because he had to go home and we had to carry on doing the show,’ Danny said.