A group of Glasgow-based musicians have come together to dedicate a specially-written charity song in memory of their friend Sean Heraghty, who died in Donegal over a year ago.

Sean, aged 26, passed away on 27th December 2017 whilst on his Christmas holidays in Ireland. The Scotland-born quantity surveyor was hit by a car in Sandhill, Dunfanaghy, while walking home in the early hours of the morning.

The popular young man, whose family come from nearby Falcarragh, was buried in Donegal and a service was held in St Columkille’s Church in Rutherglen. Both were attended by hundreds of friends and family. 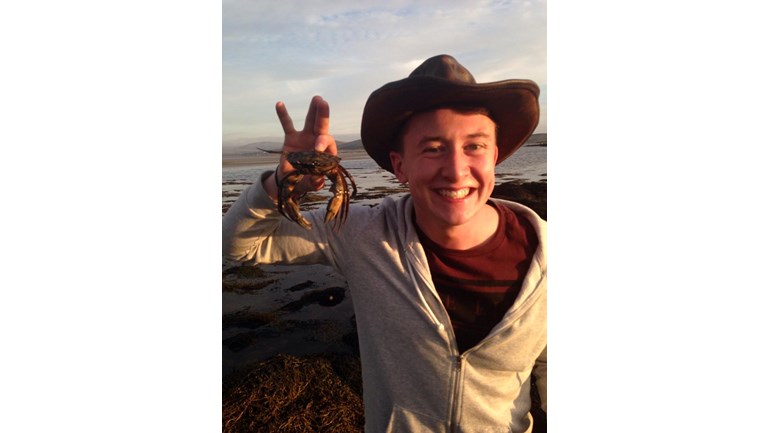 Andy Stevenson, a childhood friend of Sean’s, was travelling home from Sean’s funeral when he was inspired to write a song celebrating his life.

Andy wrote Falcarragh’s Son, a song that touches on the many adventures Sean had, the positive impact he had on so many lives, and his connection with both Donegal and Glasgow. The poignant refrain in the song ‘don’t count the days, make the days count’ was a phrase much used by Sean and one which captures his lust for life.

Falcarragh’s Son was released on YouTube and across social media on the first anniversary of Sean’s death. The track is being shared to help raise money for BUMBLEance, the Children’s National Ambulance Service for Ireland, in Sean’s name. An online donation page was set up for the cause:
www.justgiving.com/falcarraghsean.

Music teacher Andy Stevenson said: “Sean was a man who lived life to the full and touched so many lives. I wrote this song on the way home from his funeral in Ireland and decided to try and use this musical platform as a further opportunity to raise money for a fantastic cause.

“I hope the song brings some comfort and warm memories of the man whom everyone called a friend. It has already raised a substantial amount of money which is incredibly humbling and I would ask that people continue to share the video across social media platforms and to continue to donate via the JustGiving page.

“A special thanks should be given to all the musicians and creative people who helped make the song and the video.”

Andy’s post on Facebook has been shared over 130 times and the video has been viewed almost 4,000 times on YouTube, raising an incredible €1,292.73 in one week, with those numbers climbing every day.

To donate to the BUMBLEance fundraising page visit: www.justgiving.com/fundraising/falcarraghsean