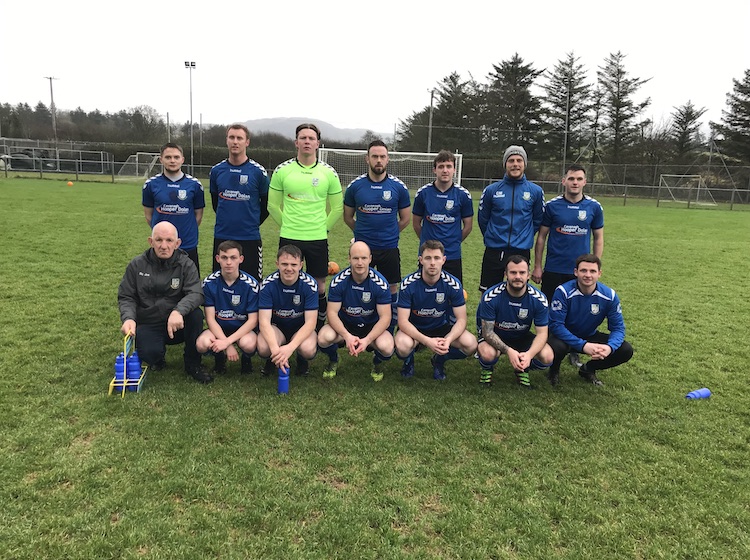 Greencastle maintained their unbeaten start to the season and go joint top of the Premier Division of the Inishowen League after sweeping aside Clonmany Shamrocks at Shamrock Park this afternoon.

By Charlie Collins at Shamrock Park

Greencastle’s third was the pick of their bunch. There were only nine minutes left when Shaun Doherty curled home a cracking free kick from the left-hand side.

That came after Mark Henry and Michael Henry netted a goal in each half.

Greencastle fashioned a good opening in the 18th minute when Jamie McCormick’s run ended with a pass in to Nigel McMonagle, who pulled a shot just wide of the far post.

Michael Henry was thwarted by a block from Brendan Dohert before another Henry volley was deflected wide.

Greencastle began to look really threatening on the break midway through that opening period and they gained an advantage with the lead goal on 28 minutes.
Michael Henry’s corner was superbly headed home by Mark Henry to give the Chapel Lane men a deserved lead.

Right on the blow of the half-time whistle, Greencastle almost notched a second, but James Henry’s snap-shot was wonderfully tipped over the crossbar by Paddy Harkin. 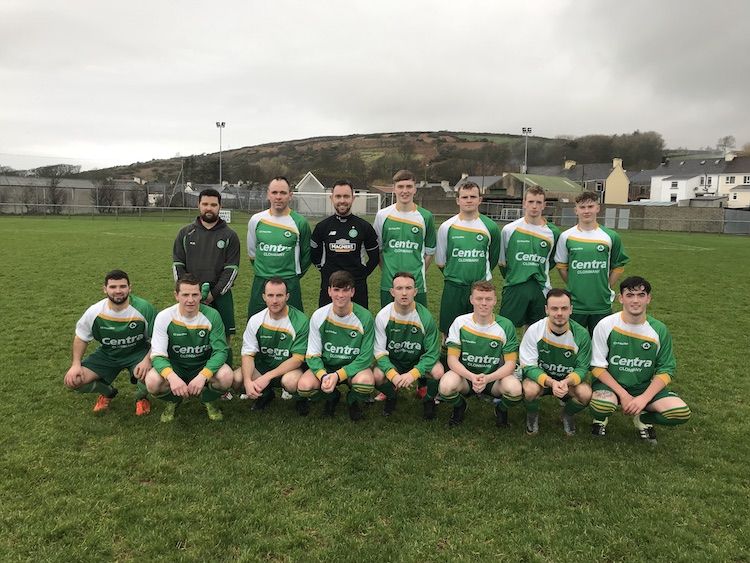 Mark Henry riffled wide after super link-up between Shaun Doherty and Matthew Henry before, at the other end, Mark McLaughlin’s header floated wide.

Greencastle passed up a big chance 20 minutes from the end as Doherty’s superb pass split the defence and Christy Hegarty took just too long.

McCormick hit a post and McMonagle was denied before Doherty drilled in a magnificent third to seal the deal.