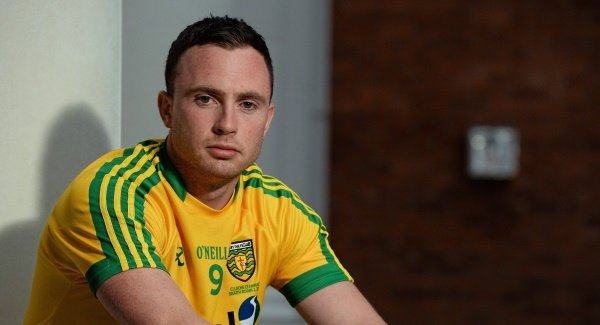 Half-time report: Donegal hold a decent lead over Down in Newry

DONEGAL ARE looking to make it two from two in the Dr McKenna Cup with a fixture at Down’s Pairc Esler in Newry today.

After a 0-21 to 0-11 opening day win over Queen’s last Sunday, Declan Bonner’s charges are in a decent position on matchday two, with a 0-9 to 0-3 advantage over Down thanks to a strong finish to the first 35 minutes.

Niall O’Donnell and Conor Harney of Down swapped scored to begin with before the visitors raced into a 0-4 to 0-2 lead on the 16th minute, with Martin McElhinney adding to scores from Michael Langan and Jamie Brennan.

Down’s other scorers during that first quarter were Pat Havern and Ryan Johnston and had a goal disallowed on the new experimental rules when substitute Conor McGrady finished off a move that involved Harney and Conor Francis.

However, match referee Barry. Cassidy from Derry indicated there were too many hand-passes in succession leading up to the shot past Mark Anthony McGinley – five being the amount.

After a 10-minute lull, Donegal managed to finish the half strongly with five points on the bounce – the scorers weer Caolan McGonagle, Martin O’Reilly scoring their opening points of the afternoon, while Brennan, Langan and McElhinney added their second.