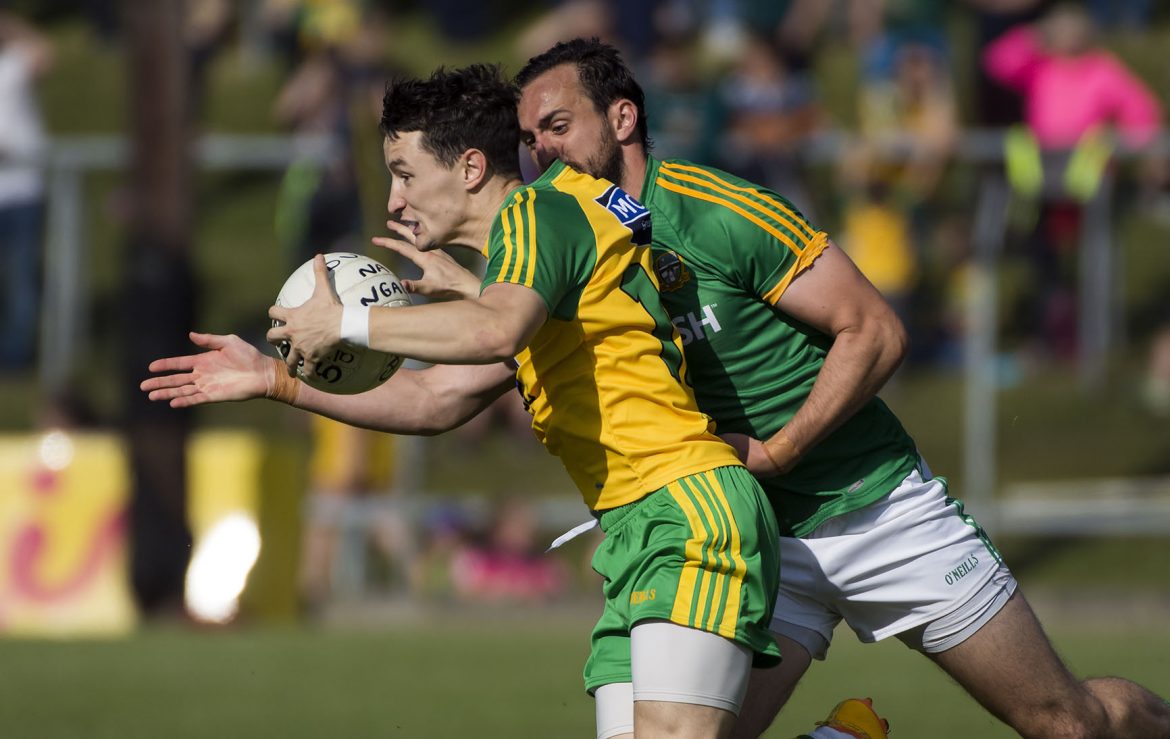 However, today, McHugh, who was right-wing back, was replaced against Down at Pairc Esler in Newry by Paul Brennan on 43 minutes. Donegal were 1-17 to 0-10 winners but manager Declan Bonner admitted afterwards that McHugh looks likely to face a few weeks of a lay-off.

“It was a really good workout for us, but a number of knocks are a concern heading into the Cavan game,” Bonner said.

“The biggest concern is Eoin McHugh. I haven’t been in the dressing room yet but it looks he’s torn his hamstring. He will be out for the early league games if it’s as bad as it looks.

“It’s a huge, huge blow, and the boys Cathal (Ellis – physiotherapist) and Kevin (Moran – team doctor) will work hard to rehab him and get him back, but it will probably be the league now.”

Donegal welcome Cavan on Wednesday night in their third fixture in Section A of the Dr McKenna Cup knowing a win or a draw will see them progress to the semi-finals. Even. narrow defeat might enable a passage of the nest runners-up. Bonner’s side open Division 2 away to Clare on Sunday, January 27.