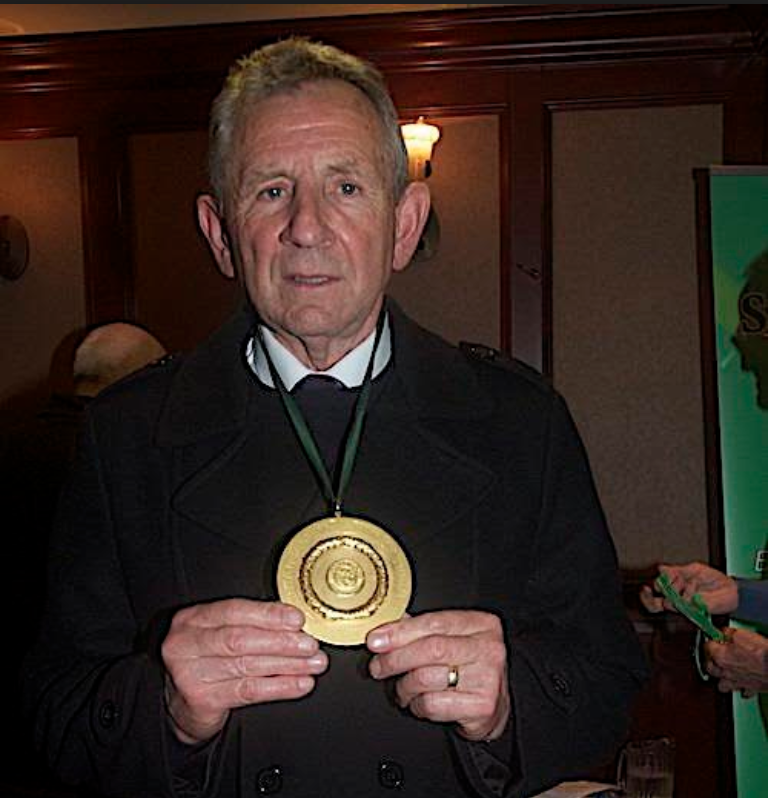 The Rathmullan was the Harps captain for over a decade and led the team to that historic FAI Cup Final triumph in 1974.

Harps were one of the top teams in the country for a decade finishing league-runners up three times and Sheridan had the honour of skippering the side in European competition in four campaigns in the EUFA Cup.

40 years ago Jim Sheridan took the Donegal Sports Star ‘Soccer’ Award in the Milford Inn and to mark that anniversary the retired Sligo based Garda Chief Superintendent will also be honoured along with the other 1978 winners tomorrow night.

Sheridan was inducted into Donegal Sports Star Awards Hall of Fame three years ago. As a result he also created another bit of history becoming the first father and son to have been awarded the Hall of Fame honour.

Jim’s late father John was the recipient in 2008.

A proud Donegal man, Sheridan expressed his delight at being invited to perform the official launch tomorrow evening.

“I’m deeply honoured and humbled to have been invited by the committee to perform the official launch of the Donegal Sports Star Awards tomorrow evening,” he said.

“I’m a proud Donegal man and this county means everything to me. Sport played a huge part in my life. I played for Finn Harps for 13 years and captained the team for most of that time. It was great time to be involved.

“But, I enjoy all sports and it’s great to see the many successes that have been achieved in 2018. The Donegal Sports Star Awards committee has done a really great job over the years in honouring those successes.

“It’s 40 years since I won the soccer award in the Milford Inn and then I received the Hall of Fame three ago in the Mount Errigal Hotel.

“I’m looking forward to meeting the other 1978 winners tomorrow evening and it’s will be my great privilege to perform the official launch of the 2018 Donegal Sports Star Awards.”

The launch will start at 6.00 sharp where the details of the 2018 awards will be announced, the 1978 winners will be honoured and the special guest will be announced for the presentation function on Friday, January 25 in the Mount Errigal Hotel.