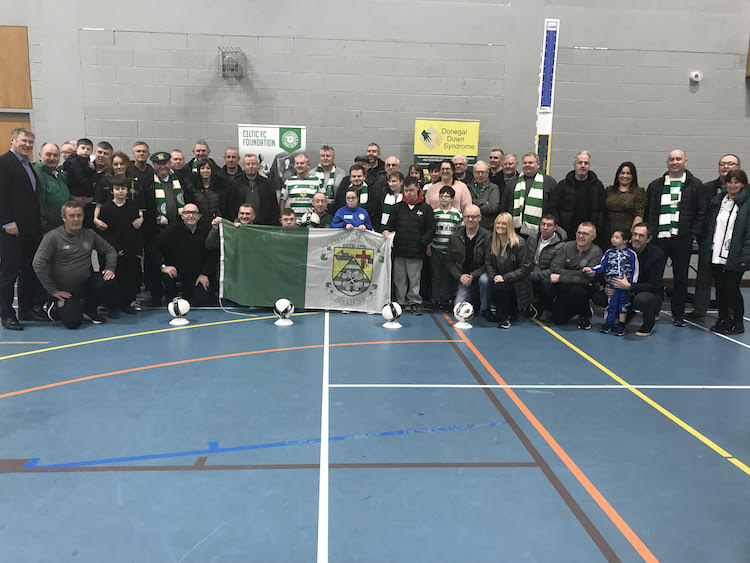 A huge crowd of participants came out yesterday as the Celtic FC Foundation launched their new Ability Counts Programme, in partnership with Down Syndrome Ireland and Donegal Down Syndrome.

Around 40 children took part in the first of a series of football sessions that will run initially for the next three months at the Aura Leisure Centre in Letterkenny.

Tony McNamee, the manager of Ulster Senior League side Swilly Rovers who has worked for the last five years with Donegal Down Syndrome, and Pat McLaughlin, who is involved as a coach with Donegal Special Olympics, are the local coaches involved in the project.

“Complementing our existing strands in Glasgow and Dublin, Ability Counts Donegal will further enhance the Foundation’s core aim to help more people in more places, while strengthening our connections to an area that is synonymous with Celtic Football Club and its charitable arm.

“I’d also like to pay a special mention to the Association of Donegal Celtic Supporters’ Clubs for their dedicated fundraising efforts and support in making all of this possible.”

Engaging children and young people with Down’s Syndrome, Ability Counts is grounded on a simple model of inclusivity, companionship and most importantly, fun.

Through physical activity, sport and team-based play, sessions allow participants a sense of freedom, affording them opportunities to express their feelings in a relaxed, comfortable environment.

Funding for this initiative has been made possible through proceeds from Celtic FC Foundation’s 2018 fundraising event, One Night in Donegal with Brendan Rodgers, organised in partnership with the Association of Donegal Celtic Supporters’ Clubs. 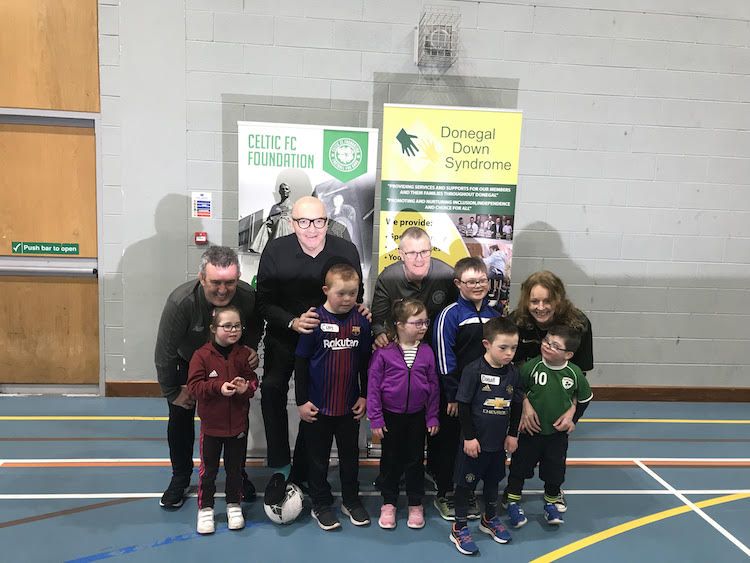 Denis O’Donnell from the Association of Donegal Celtic Supporters’ Clubs, said: “We are enormously proud to be associated with Celtic FC Foundation and to be able to contribute to the excellent work that they do on behalf of supporters across the world.

“Last year’s event with Brendan Rodgers drew tremendous support from the local community and it’s inspiring to see Ability Counts Donegal come to fruition. I know this project will go a long way to help children and young people and we look forward to welcoming Celtic FC Foundation back to Donegal this coming March for One Night in Donegal with Scott Brown.”

On the launch of Ability Counts Donegal, Gary Owens, Down Syndrome Ireland CEO, said: “We are once again delighted to partner with Celtic FC Foundation on another hugely significant disability sports initiative in Ireland. The Ability Counts model is inclusive and forward-thinking, effectively aiding motor skills and assisting social development in young people – making a real difference to them and their families.

“Already, we have seen positive outcomes from the recently-launched Dublin initiative, and for this iteration, we have an opportunity to build on our previous learning and deliver positive change for the Donegal community.”