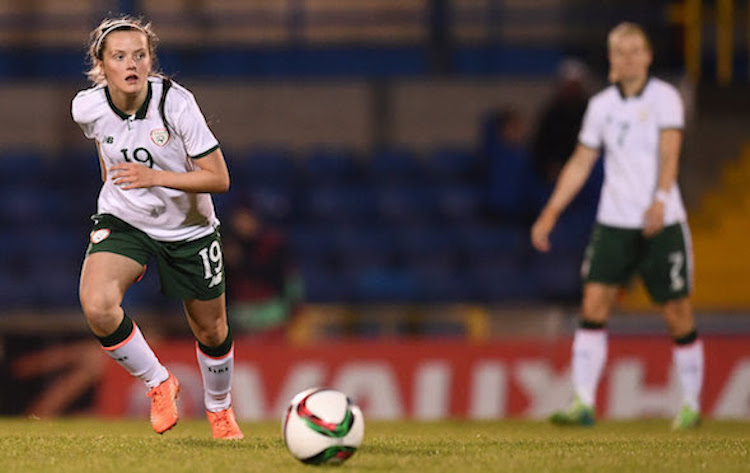 Toland and Barrett included in Irish squad for Belgium clash

Donegal duo Amber Barrett and Tyler Toland are named in the Republic of Ireland senior women’s squad for a friendly against Belgium later this month.

Kildrum Tigers midfielder Toland will be making her first appearance for the Girls in Green since suffering a knee injury during a 4-0 win over Northern Ireland in August.

Peamount United striker Barrett, who had a superb 2018 with her club, is also included in the panel for the January 20 game at the Pinatar Arena in Murcia, Spain.

“The first game of a new year always represents a great opportunity to build momentum in what is an important 12 months for the team,” said WNT Head Coach Colin Bell.

“We want to test ourselves against the very best teams ahead of the start of the 2021 European Championships qualifying in September to make sure we’re fully prepared to qualify for our first-ever major international tournament.”