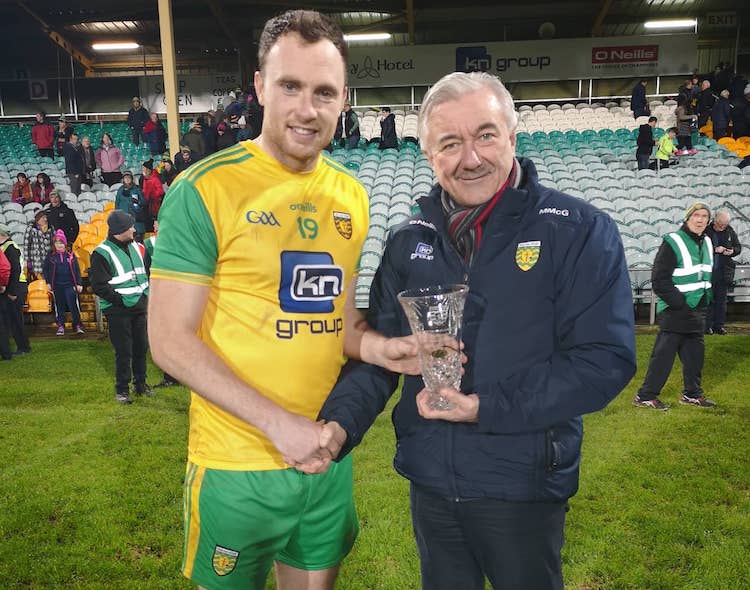 The Creeslough man was given his debut by Brian McIver in 2007.

Last night, he scored a second-half point in the 1-20 to 1-12 win over Cavan at Sean MacCumhaill Park.

“If you’d said to me at the start I’d get 100 appearances for Donegal, I’d have taken your hand off,” the 2012 All-Ireland winner said.

“There are some good names who have got 100 before me. I’m delighted to join that group.

“There’s been highs and a lot of lows. I play because I enjoy the craic with these boys. I’ll continue to do it as best I can.”

McElhinney has had his share of injury trouble of late, but a good winter has allowed him get back up the levels again.

A new-look Donegal has won three-from-three so far in 2019 and have a McKenna Cup semi-final against Armagh on Sunday.

McElhinney said: It’s a good sign to compete in the McKenna Cup.

“We want to be successful. We want to get out in the League and get promoted back to Division 1 and be in good stead for the Championship.”