Connie, from Teelin Road in Carrick, was an active member at Naomh Columba right up to his passing.

Indeed, at the club’s recent annual awards dinner dance, Connie presented one of the prizes.

He was an every present at Glen games of all grades and ages. 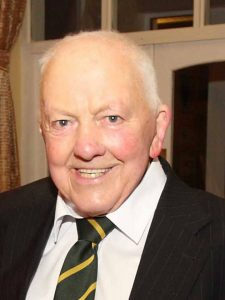 “He always had a kind word and plenty of encouragement to all Naomh Columba teams he and Angela travelled to watch,” the Naomh Columba club said in a statement on its Facebook page.

“He enjoyed his role as our club president and always had a smile or a joke with anyone he met, let it be young or old. He will be a huge loss to his family and our club.

He will be laid to rest on Saturday following 1pm Funeral Mass at St Columba’s Church, Carrick.