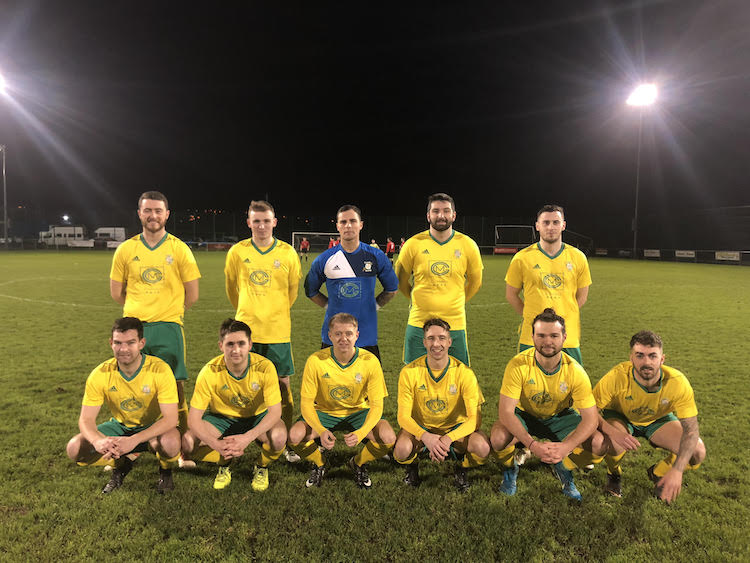 USL – ‘Bear’ roars in with hat-trick as Bonagee defeat Fanad

The sides were level, one-apiece, at half-time, but the game sprang to life with three goals – two of them for the hosts – in the opening eight minutes of the second half.

The pick of McFadden’s treble saw him net the clincher, a delicious free kick, swept into the top corner off his left foot from 25 yards in the 68th minute.

The cord was fast unravelling for Fanad by now.

With manager Arthur Lynch already banished from the dugout, Fanad went down to ten men as Dunworth was sent off when he clattered the in-rushing Garbhan Grant.

Michael Funston, on just a matter of minutes, dispatched the penalty past replacement ‘keeper Eoghan Jordan to complete the scoring.

Fanad had pounced for the opening goal of an entertaining night after just 11 minutes when McElwaine finished to the bottom corner after Bonagee’s rearguard failed to deal with a free kick.

Moments earlier, Bonagee’s Jordan Armstrong had one blocked from the goal-line while a fine tackle from Peter Curran prevented Darren McMonagle from getting in on goal. Curran’s challenge, inside the area, had to be on the button – and it was. 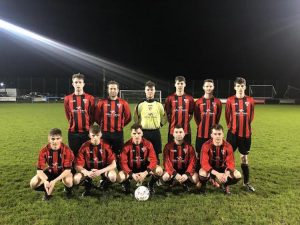 McFadden just failed to break the offside trap soon after as he latched onto a Jordan Armstrong pass.

Three minutes into part two, McFadden’s predatory instincts were outlined as he flicked home following excellent work down the flank by Jamie Lynagh.

Before they could draw breath, Bonagee were ahead as Gareth Breslin headed home.

But it wasn’t long before ‘Bear’ stepped up to curl home a free kick to complete his hat-trick and move Bonagee within a handful of points of joint leaders Cockhill and Letterkenny.