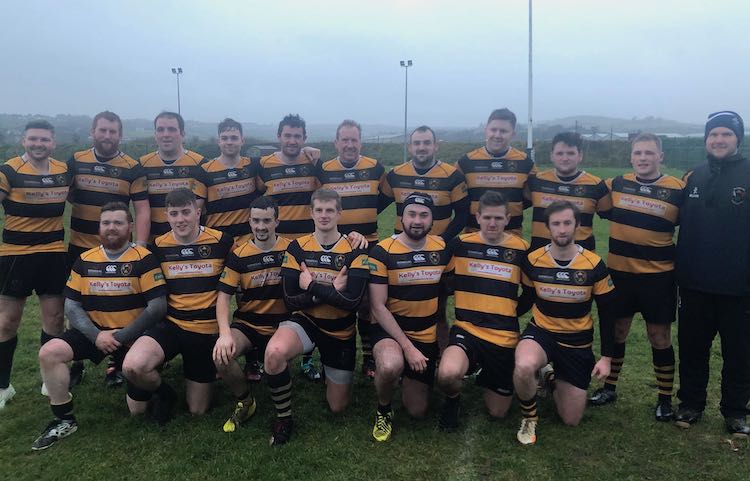 Kevin McLaughlin got over for a hat-trick of tries as Letterkenny defeated Civil Service yesterday.

Weathering the early storm, Letterkenny manufactured a break through the carrying of Chris Green and Kevin McLaughlin.

Service infringed at the breakdown and Letterkenny capitalised by sticking it in the corner and mauling it over the line. Chris Green the scorer.

McLaughlin got over soon after for his first try of the game before Civil Service hit back with a try of their own.

McLaughlin’s second try had Letterkenny 15-7 in front at half-time.

Ciaran Clarke got over to secure Letterkenny’s bonus point when he was put through a gap by out-half Darragh McConnell.

Brian McGinley managed to find his kicking boots and this time converted the score to leave Letterkenny with a 15-point lead.

The second half proved to be one way traffic and further scores for the traveling side ensued.

McGinley got over for a brace of tries, the pick of which was an intercept from his own 22.

The Downings man who had run Service ragged all day showed supreme fitness to score the try and although he left a few points behind him off the tee, McGinley proved his worth once again with a solid display at the back.

Before the full time whistle, McLaughlin capped off a memorable display with his third try of the day

Letterkenny’s next game is at home to Belfast High School next Saturday.