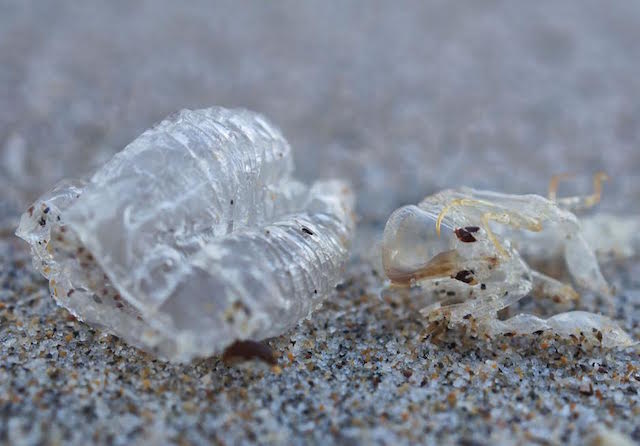 Mystery as hundreds of ‘Alien’ creatures washed up on Donegal beaches

Hundreds of parasite creatures believed to be the inspiration for the horror film Alien have been washed up on a number of Donegal beaches.

The strange-looking creatures are called Phronima.

It was these creatures which directors used to base the hit film on and which spawned the scene of an alien coming out of actor John Hurt’s chest!

Hundreds of the creatures have been found in recent days on various Donegal beaches including Maghera Beach on which local man Barry Gallagher came across number of the weird creatures.

Other finds have been made at Rosbeg, Portnoo and Tramore beaches. 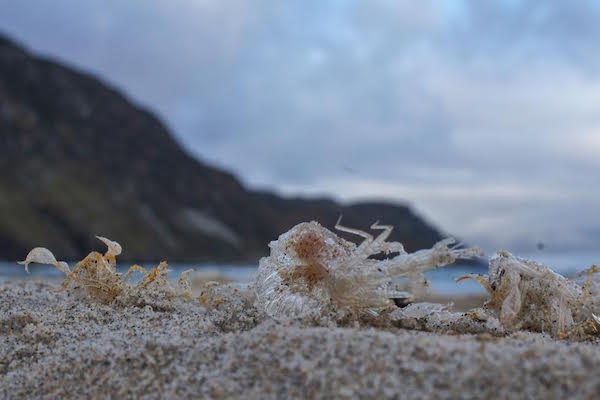 Local photographer Chris Patterson has been living in the area for 12 years and has never come across the creatures washed up before.

He kindly took these cool pictures of Donegal’s first “aliens.”

Director of Dingle Oceanworld in Kerry, Kevin Flannery, said it is unusual for so many creatures to be washed up.

He has a number living in his aquarium.

“It is the creature that Ridley Scott used in Aliens. What these creatures do is find a barrel jellyfish and go inside and eat them from the inside out and use the barrel of the jellyfish to survive and be carried along through the ocean. They have the alien head and claws. Then the female lays her eggs inside in the poor barrel jellyfish.”

He said they are closely observing the parasites which have laid their young in the jellyfish corpse. 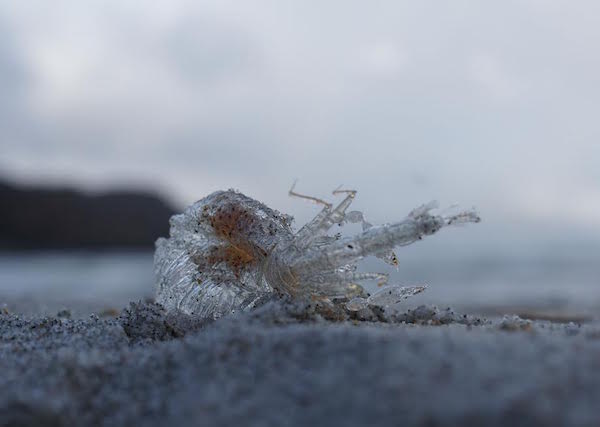 “We have them still alive in the aquarium. You can see them moving inside but they have devoured the inside of the barrel jellyfish.

“The jellyfish are eaten alive. That is how Ridley Scott developed the story for the Alien movies – both the story of eating inside out and also the creature itself. The sea water flows through the barrel and they get the plankton and can survive. It’s very clever.”

“They are out in the middle, deep oceans. It is very unusual. They are very rare.
“To see them living and see the close-up of the head of the fish which inspired the alien is very interesting.”