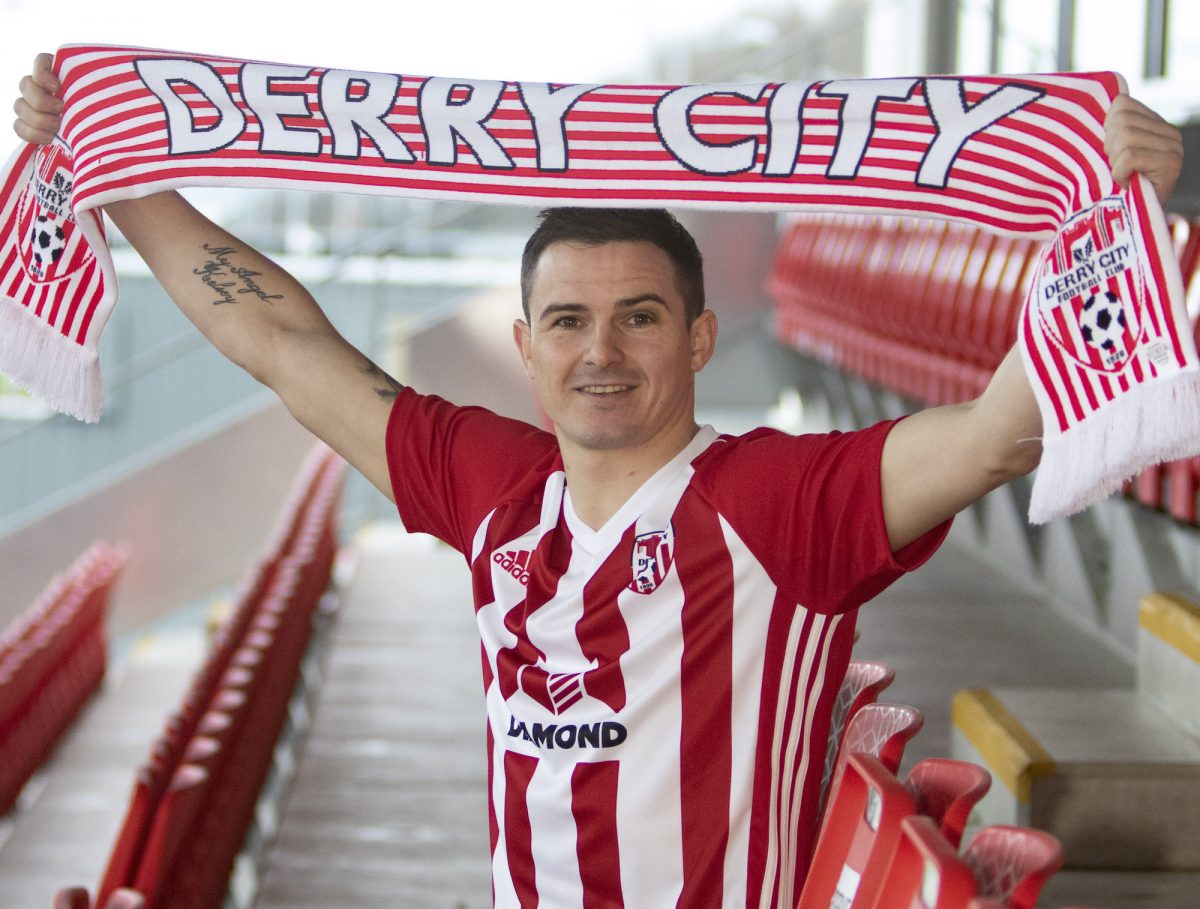 Ciaran Coll scored his first Derry City goal on Friday night with Shane McNamee also on the mark in a pre-season friendly win over Cockhill Celtic.

Coll made the closed-season switch from Finn Harps after ten seasons at Finn Park.

He wasted no time with his first goal, netting from a tidy lobbed effort over Cockhill ‘keeper Lee McCarron in Friday’s 3-1 win at the Brandywell.

Coll even managed to score off his lesser-used right foot.

David Parkhouse, another new signing captured by new boss Declan Devine, also netted for the Candystripes while Ramelton’s McNamee managed to get in on the act.

See highlights of the game below …