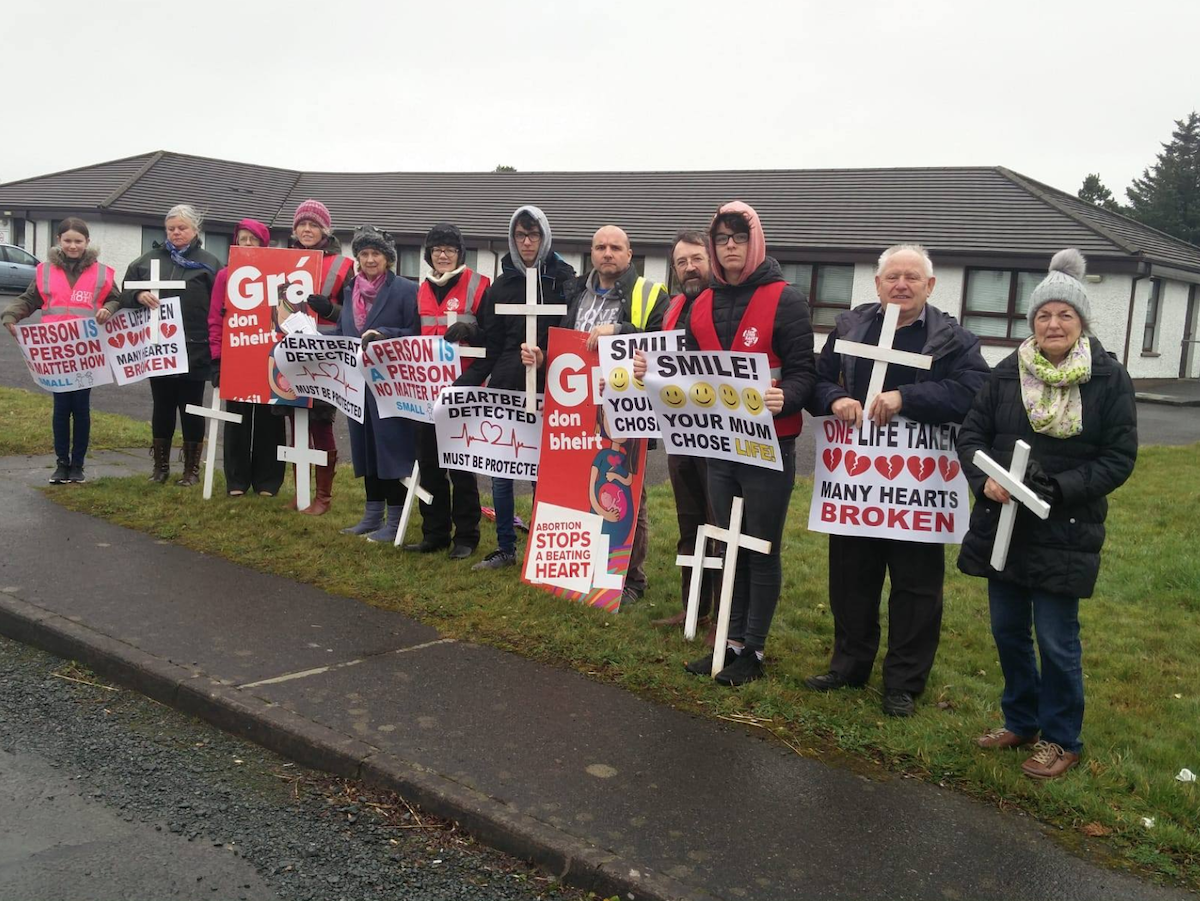 A leading Donegal Abortion Rights Campaigner has called on protest happening outside a medical centre in Donegal to be halted immediately.

Sinead Stewart, Donegal Abortion Rights Campaign, was speaking to Donegal Daily following a day of action by pro-life campaigners on Saturday – with action taking place in Falcarragh, Lifford and Bundoran.

Several white crosses, prominently seen during the repeal the 8th campaign, could be seen planted outside of Falcarragh Medical Centre on Saturday afternoon.

Ms Stewart said: ” No patient should, for whatever reason, have to face protesters outside of a doctors surgery, ever.

“I would be concerned that it would impede the Doctors from caring for patients in any range of issues, not simply just for abortion. There could be women and families going in there who have just went through a miscarriage of a much-wanted child and to see that would be horrible.”

She also called on the Minister for Health, Simon Harris to introduce legislation immediately for exclusion zones around medical practices offering terminations.

The Health Minister has promised previously to introduce legislation for such zones.

However, moves haven’t been accepted from governments abroad with the UK Health Secretary Sajid Javid rejecting a cross-party demand in September 2018 to introduce exclusion zones around all abortion centres in England and Wales, saying it would not be a “proportionate response” despite the harassment that takes place outside some clinics across the Irish Sea.

“As a protester myself, I am all for peaceful protest, but in terms of the location of these days of actions is highly inappropriate.

“As I said before, I would like to see Simon Harris introduce these exclusions zones coming into force sooner rather than later,” she added.

“The thing about these protests, if you tell people to stop doing something, they are going to only want to do it more.

“I know people on the other side of the debate that don’t want protests happening outside of these medical centres, so it should be stopped, it is only a tiny minority that are doing so.”

In terms of the abortion debate in Donegal and across the country, Stewart believes there is ‘a lot of work to be done’ on the issue at hand.

“I still think (abortion) is seen as taboo in this country but it is not something that any woman is going to be advertising.”

“I think there is more work needing done in terms of getting medical centres up to speed and hospitals and doctors practices up to speed. There is a lot of work that is being done that people don’t see online and we won’t stop either.”