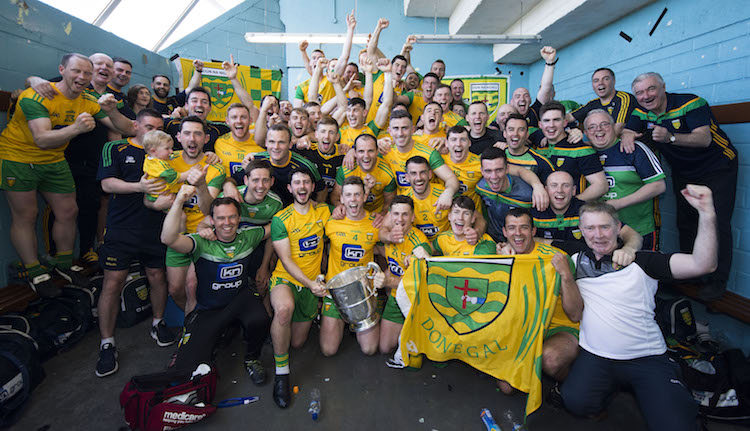 Disbelief as NO Donegal nominees for Ulster Writers’ awards

Overall, 2018 was one of the most successful years ever for Gaelic Games in Donegal – so it would be natural to expect a raft of accolades to flow.

Not so, however, when it comes to the Ulster GAA Writers Association, who have managed to list 29 nominees across ten categories for their annual awards, with not even one from Donegal.

The nominations is a remarkable one that is hard to fathom in so many ways.

In terms of success, it could be argued with good reason that the year just past was actually Donegal’s most successful ever in an overall context.

Donegal were returned as Ulster Senior Football Champions as Declan Bonner’s men overcame Fermanagh in the final, bringing the Anglo Celt back to Tir Chonaill for the first time since 2014.

Ryan McHugh collected an All-Star award for his endeavours.

Maxi Curran’s Donegal ladies won the Ulster Senior crown, hammering Armagh in the final, and went on to contest an All-Ireland semi-final with Treasa Doherty winning an All-Star award.

The Nicky Rackard Cup was captured by the Donegal hurlers, who went to Croke Park and defeated Warwickshire in a memorable final.

And at club level, Donegal is in dreamland.

Red Hughs put Limavady to the sword to win the Ulster Junior title and, for the first time since 1975, the Ulster Senior club championship was won by a Donegal club. Gaoth Dobhair edged Scotstown in the final – adding to the Ulster U21 Championship the Magheragallon club had won in the early days.

Back in February, Donegal also won the Dr McKenna Cup.

The list of nominees for the handball award has a glaring absentee in the form of Sean MacCumhaills’ Avril McNamee, who went to Minnesota in August and won the Female Singles 4-Wall title at the 2018 World Handball Championships.

It seems Donegal will just have to do better!

Seems now as a goodwill gesture or crumbs from the table will be thrown at us and a former Donegal intercounty player and high profile club player will be awarded Sports Personality award on the night. #ImpartialMeArse

What kind of map of Ulster have you in the office lads? @ulstergaawriter https://t.co/W6NYXjAWTH