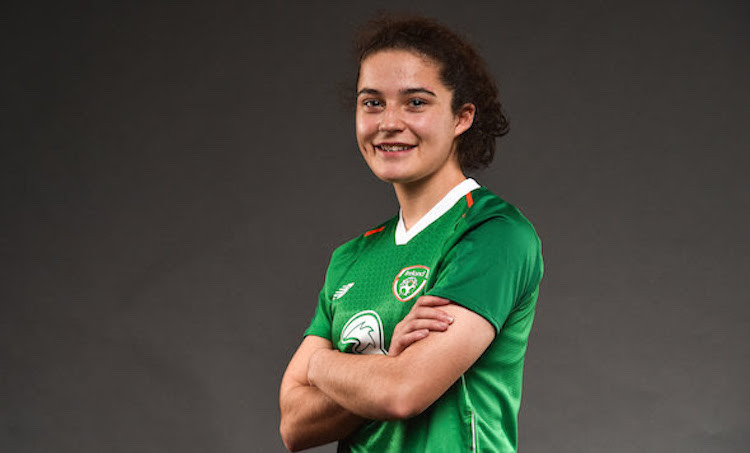 Defeat for Boyle-Carr and Irish U19s in Rome

There was defeat in Rome for Amy Boyle-Carr and the Republic of Ireland Women’s U19s this afternoon.

Ireland went down 3-1 to Italy in a friendly international.

Boyle-Carr played the full game for the Girls in Green.

Shelbourne striker Alannah McEvoy scored the only goal of the game for Dave Connell’s side in the first of two friendly fixtures against the Italians this week.

“Then we just started giving the ball away, it was 15-minutes of madness really. They were pretty ruthless in front of goal. We made a couple of changes at the break and we were much better in the second-half.

“We’re disappointed with the result of course but these are the reasons we’re playing these matches, to iron out these mistakes before the Elite Round. Some of the performances were excellent and the players will want to put it right going into Saturday’s match.”

Ireland will face Italy in the second international friendly on Saturday, January 19 with kick-off at 10am (11am local time).

Galway Women’s midfielder Chloe Singleton is the only doubt for the game after suffering a knock in today’s defeat.