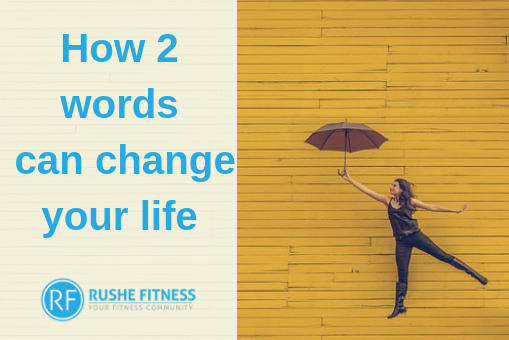 DD Fitness: How two words can change your life

If you were to ask 100 people how they felt whilst on a diet, there would be a few answers that would stand out.

Loss of control is probably one of the biggest fears that dieters have.

Researchers from the Journal Of Consumer Sciences, took a group of 30 women and divided them into one of 3 groups of 10.

The first group (the control group) was instructed to ‘just say no’ whenever a temptation to stray arose.

The second group was instructed to respond with “I can’t” whenever a temptation to stray arose.

The third group was instructed to respond with “I don’t”, whenever a temptation to stray arose.

How this worked is as follows.

Why was there such a big difference between the “I Don’t” group and the others?
It all comes down to control.

When you use the word no, you are giving an answer to a question, but you are also leaving yourself open to a question as a response.

“Would you like some cake?”
“No!”
“Why Not?”
You then have to explain as to why you don’t want any cake and the next response is usually “I can’t because I am on a diet”
This then allows the other person to start and question as to why you are on the diet and then try and persuade you to have some cake because “you deserve it”.

I’d say most of you know this scenario quite well.

If, however, you use “I don’t” in the conversation, it becomes a completely different scenario.

There is very little chance of a response to this because you have taken control of the situation and the conversation.
Even if they did question your response, you can finish the conversation with a similar response.

This leaves the other person in no doubt that you do not want any and not to be asked again.

This not only is great for situations like these, but it is also great for self-motivation and reaffirming to yourself that you are in charge of your own life.

If you usually use “I can’t” in these situations, you might see why dieting and exercise is so hard for you.

“I can’t because I’m on a diet”
“I can’t workout because I don’t have time”
“I can’t miss another night out with my friends this week”
“I can’t leave this to go to waste, sure I’ve been so good this week”

This might seem simple, but it is extremely powerful. You are taking back control of your life and any situation that you might find yourself in, be it diet, exercise or anything else that you might want to achieve.