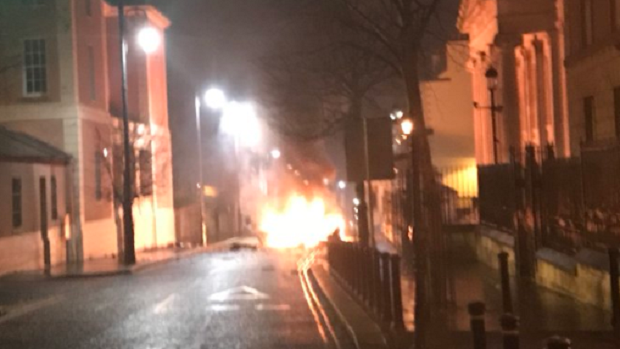 A suspected ‘car bomb’ has detonated in Derry this Saturday evening.

Police are investigating the incident which occurred outside the court house on Bishop Street at approximately 8.15pm.

Local reports say a loud explosion was heard in the area, followed by a fire. No injuries have been reported.

The scene has been sealed off for examinations. The public has been warned to stay away from the area.

It is believed that police received a warning call and had started to evacuate the area before the blast. 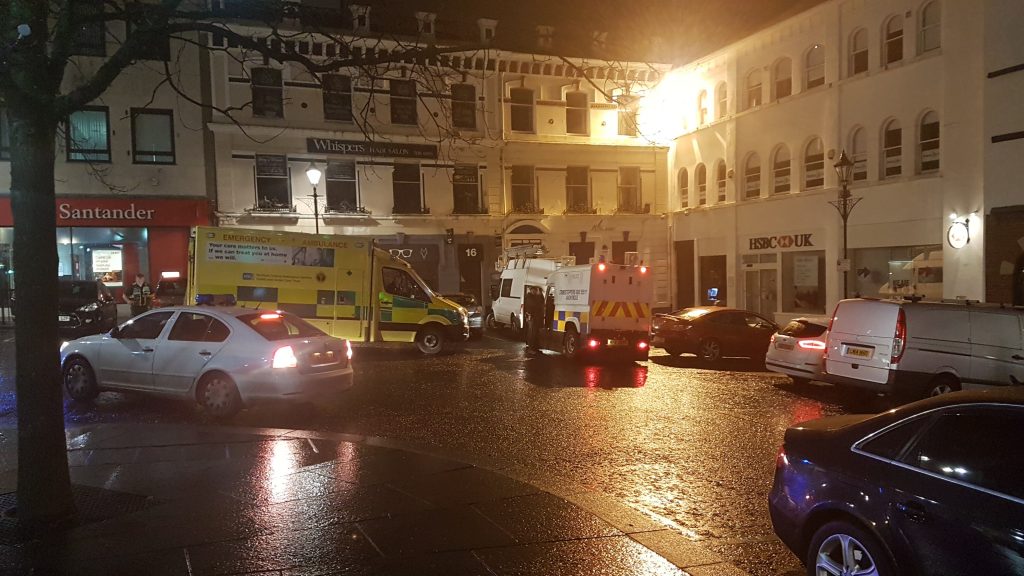 Local bars and businesses are now being evacuated as police extend the safety cordon. Residents from the Bishop’s Gate Hotel have been brought to nearby hotels for the night.

Police later carried out checks on a second suspected car and have now confirmed that they are just dealing with an ‘extensive crime scene’.

Derry/Donegal Daily reporter Shaun Keenan is at the scene:

The scene at The Diamond where people are being evacuated following a car bomb explosion outside the #Derry Courthouse tonight. pic.twitter.com/lEuG1WpNCT

The Foyle MP said: “This incident has shocked the local community. In particular, there are many elderly residents who live in the area who have been alarmed by this incident. Thankfully no one appears to have been injured in this incident.

“Derry is a city moving forward and no one wants this type of incident. It is not representative of the city. I would encourage anyone with information about this incident to bring it to the police.”

SDLP MLA Mark Durkan also condemned the suspected bombing, saying: “Whoever is responsible for this needs to get the message loud and clear : We do not want or need bombs and guns on our streets.

“We want to move Derry forward and will not let people, whatever heir (sic) agenda is, drag us back to the dark days of the past.”

Police are in attendance at the scene of an incident in Derry/Londonderry city centre. We would ask for patience and co-operation of the public and the business community as we carry out our initial investigations. Any info to 101 or Crimestoppers on 0800 555 111.