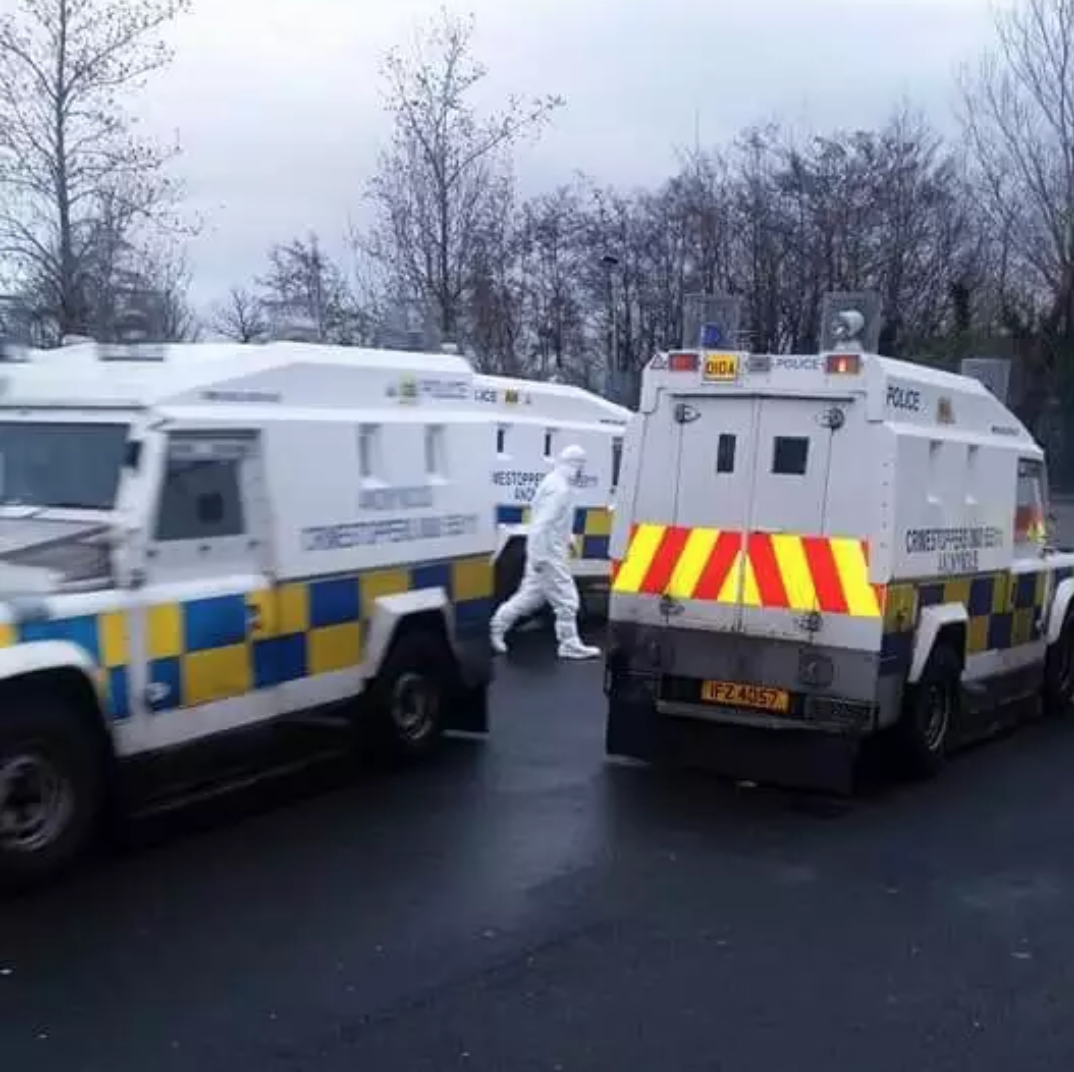 Two arrested in connection with ‘blast bomb’ attack in Derry

Police in Derry have arrested two people in connection with last nights ‘blast bomb’ attack near the Derry courthouse.

The bomb that exploded on Saturday night has been linked to a dissident group the New IRA.

The arrests follow a PSNI search operation this morning in the Creggan area of the city.

A large number of police landrovers descended on Creggan as part of the investigation into Saturday night’s bomb attack in Bishop Street.

Saoradh, the political wing of the ‘New IRA’ believed to have carried out the bomb attack, has tweeted this morning: “Just hours after Revolutionary Republicans launched an attack on the British courthouse, Derry, the RUC/PSNI Crown Forces have saturated Creggan to raid homes and sieze Republicans.

“We hope these lads are home soon.”

Saoradh also claimed that the device used in Saturday night’s attack was a “large mine”.

The group said: “Early reports from the city of Derry are indicating that a British institution in the form of Derry City Courthouse has been attacked this evening in what is believed to have been a large mine attack by republican revolutionaries.

“Reports from the city say that a car filled with explosives, planted outside the British court, exploded as Crown Force personnel attended the scene,” it added.

Violent dissident republican groups have been responsible for a number of murders over the last 10 years.

They include the killing of Sappers Mark Quincey and Patrick Azimkar outside Massereene Barracks in Co Antrim in 2009 and PSNI Constable Stephen Carroll in Craigavon, Co Armagh in the same year as well as Constable Ronan Kerr in Omagh in 2011.

Dissidents were also responsible for the murders of prison officers David Black in 2012 and Adrian Ismay in 2016.

Speaking after Saturday’s explosion, Assistant Chief Constable Mark Hamilton said: “We moved immediately to begin evacuating people from nearby buildings including hundreds of hotel guests, 150 people from the Masonic Hall and a large number of children from a church youth club.

“The device detonated at 8.10pm. At this stage, it appears as though the vehicle used had been hijacked from a delivery driver in the Quarry Street a short time before the explosion.

“The people responsible for this attack have shown no regard for the community or local businesses.

“They care little about the damage to the area and the disruption they have caused.”

SDLP leader Colum Eastwood said the people of Derry are resolutely opposed to the actions of those who detonated the bomb.

The Foyle MLA said he had a clear message for those responsible: ‘Stop it now”.

“Their actions are wrong and pointless.

“They profess to be fighting for Ireland against the British state.

“What they fail to understand is that they stand in opposition to the Irish people. That is a battle that they can never win.”