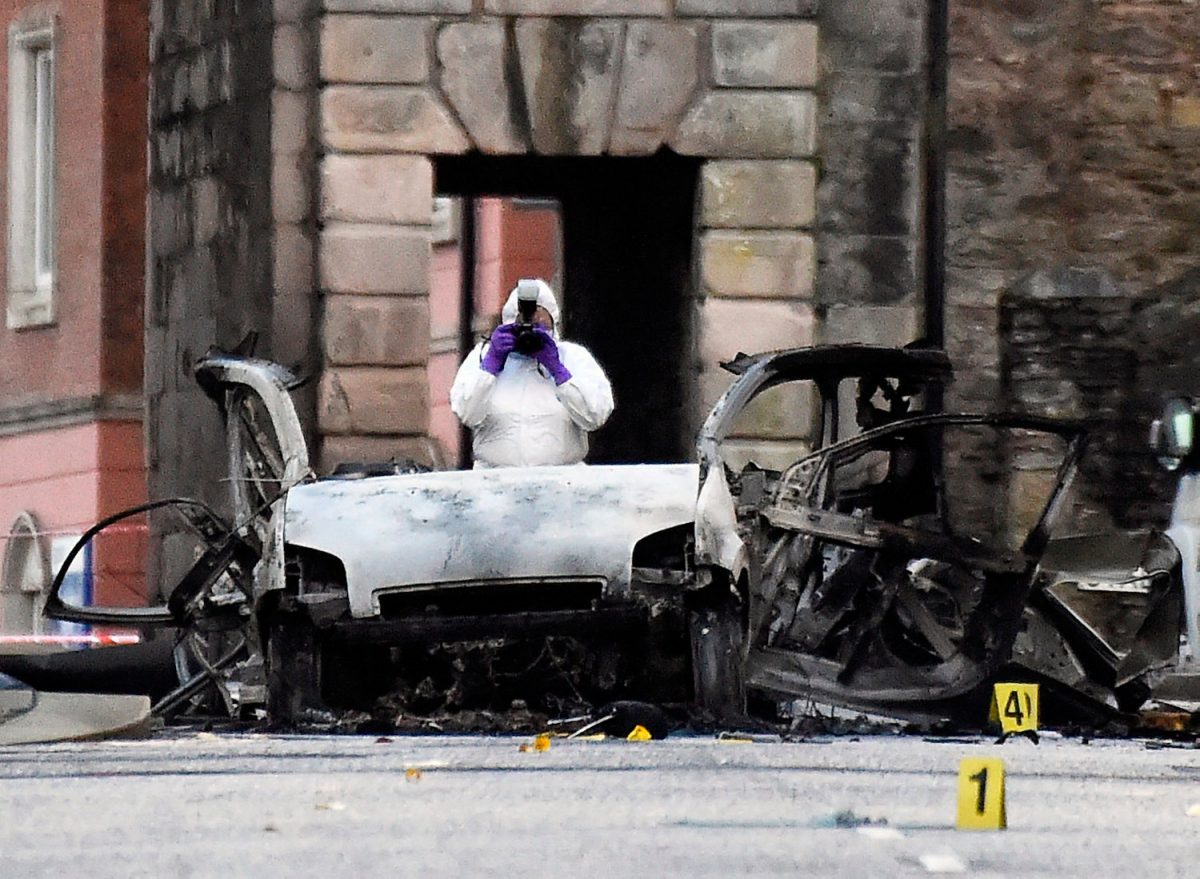 Two men have been arrested in connection with a car bomb that exploded near the courthouse in Derry yesterday evening.

Police have confirmed that they arrested two men, both aged in their twenties, in the Creggan area this morning.

Assistant Chief Constable Mark Hamilton said at a press briefing today that this was a “significant attempt to kill people in the community”.

He said a pizza delivery man had his car hijacked shortly after 6pm by “at least two armed men”.

Between that time and 7.23pm, a bomb was placed in the vehicle and it was transported to around half a mile outside the courthouse on Bishop Street.

Around three minutes later, the Samaritans helpline in the West Midlands in England received a warning about the bomb.

They immediately contacted West Midlands Police who contacted the PSNI.

“Fortunately it didn’t kill anybody and it didn’t cause widespread damage.

“It was a significant attempt to kill people in this community. This bomb was placed in a car and left here for the people of this community and the local police service to deal with.

“The local community and police service acted bravely. It detonated just as we were leaving the area. By good grace, local people weren’t killed.

“We had people socialising in the area, in the hotels, and this bomb was being moved through an area with people’s homes nearby.

“It was a highly crude device,” he continued.

“This was a callous act, a deliberate act against the people of Derry.

“It was a deliberate attempt to harm people.”