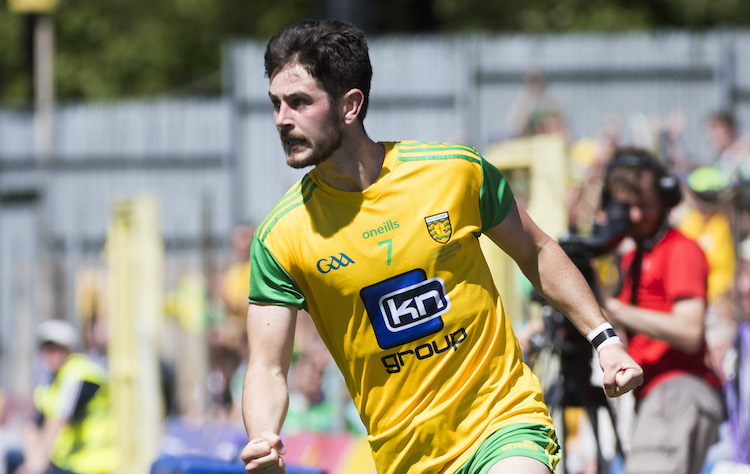 Ryan McHugh got another full game under his belt as he helped Ulster University defeat IT Tralee in the Sigerson Cup yesterday.

The All-Star came through the hour in a big boost to Donegal ahead of this weekend’s Division 2 opener against Clare in Ennis.

McHugh played for Donegal in the McKenna Cup games against Cavan and Armagh having been out of action since suffering a bad concussion injury while playing for his club, Kilcar, in a challenge game against St Vincent’s in August.

Gareth McKinless was sent off for Ulster University early in the second half, but they won 1-13 to 1-8.

IT Tralee, who were without Kerr star David Clifford, lost Greg Horan to a straight red card.

Patrick Durcan goaled for UU while Mark O’Shea bagged the goal for IT Tralee.

Eoghan Ban Gallagher is at UU, but the Killybegs man didn’t feature in Tralee.

Elsewhere, Niall O’Donnell lined out for Maynooth University edged Queen’s 0-9 to 0-8 to move into the quarter-finals. Letterkenny Gaels’ Cormac Cannon and Milford man Kane Barrett appeared as subs for Maynooth while St Eunan’s man Niall Hannigan came on for Queen’s.