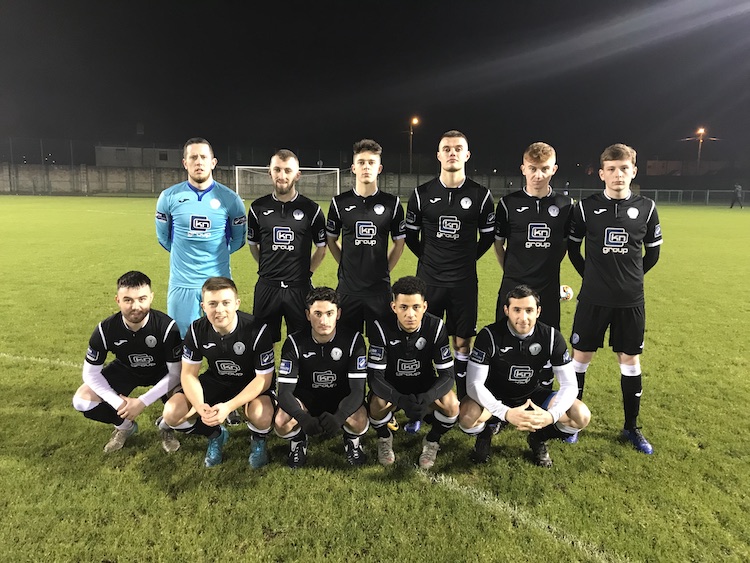 Dermot Doherty’s deflected goal, three minutes from time, secured a draw for the Inishowen League against Finn Harps in a friendly tonight in Buncrana.

The Aileach man got into position and his attempt from 20 yards wrong-footed Ciaran Gallagher, the Harps goalkeeper, cancelling out Mikey Place’s first-half penalty.

Harps led in the 37th minute when Place tidily tucked home from the spot after ref’ Garbhan Taggart spotted a pull on Daragh Ellison in the area.

In a low-key clash played for large spells in sleet showers, Harps had chances with sub Nathan Boyle energising their attack. With one big chance when Inishowen’s rearguard was at sea, Boyle clipped the crossbar, having previously been denied by Dillon Doherty in the home goal.

Horgan fielded an experimental side, including Under-19 players Ellison and Stephen Doherty, as well as Under-19 graduates Ryan Finn and Liam Walsh, who are aiming to work their way up the ranks.

Harps also gave a try to Shane Doherty, an attacker with family links to Donegal who is on trial at the club having previously played in America.  Doherty showed some good flashes, with one quick passage ending with an inviting ball across the goal that Place, just, failed to connect with.

Swilly Rovers’ Tony McNamee, who is doing pre-season with Harps in a bid to earn a contract, was also in from the off.

McNamee played the full game here and came close to restoring Harps’ advantage in the second half, though Doherty got his fingertips in the way and Kevin O’Loughlin cleared.

Finn was putting himself about to good effect and shot over the crossbar with a decent opening.

Inishowen, who are preparing for an Oscar Traynor Cup clash with Galway in mid-February, began well and Matthew Henry riffled over the top. 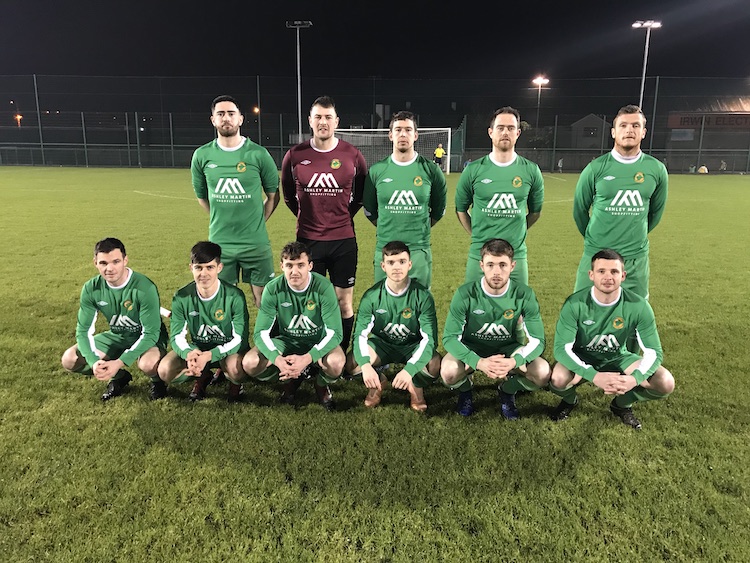 Ciaran Gallagher has recovered from the knee injury that kept him out of Harps’ play-off win over Limerick and the Raphoe man was out well to block from Jamie McCormick.

Matthew Henry was forced off injured after only 25 minutes, but not before he worked a chance for James Henry, who couldn’t keep his shot down.

Place tucked home a penalty to open the scoring, but Doherty drew the hosts level late in the night.

Harps return to action on Friday night against Derry City at the Brandywell.