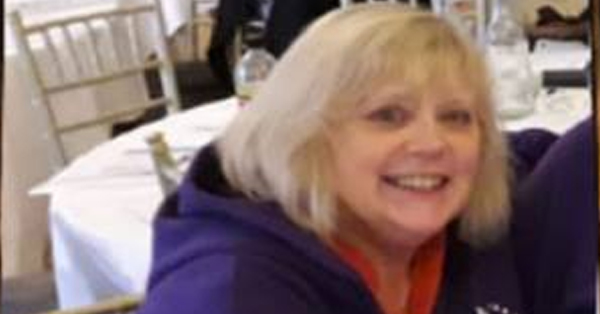 An inspirational Donegal woman has been named as a ‘Global Hero of Hope’ by Relay for Life.

Bernie Gallagher, from the Rosses, is one of the founding members of Relay for Life Donegal.

She is one of only three people in Ireland to become a 2019 Global Hero of Hope and an ambassador for the Irish Cancer Society and Relay For Life Donegal.

A mother of three, Bernie is an ovarian cancer survivor who works tirelessly each year to promote the fundraising and support movement in the county. The ‘Hero of Hope’ title honours Bernie’s voluntary work in spreading a message of support to people who have been touched by cancer.

The Relay for Life Donegal committee celebrated Bernie’s achievement with a touching tribute: “Cancer survivors like Bernie inspire hope, courage and determination to fight and eliminate cancer. She is a beacon of hope to all other cancer patients and survivors in our county and country. The role of a Global Hero of Hope is so important in leading other survivors and supporting them to make a difference in this fight against cancer.

The team added: “We are very proud of Bernie and this prestigious international award.She truly deserves recognition for all her hard work and support and we know she will be an amazing worldwide ambassador for us all.

Bernie follows in the footsteps of fellow Donegal Relay member Siubhan Gillespie, who was a Hero of Hope in 2014.