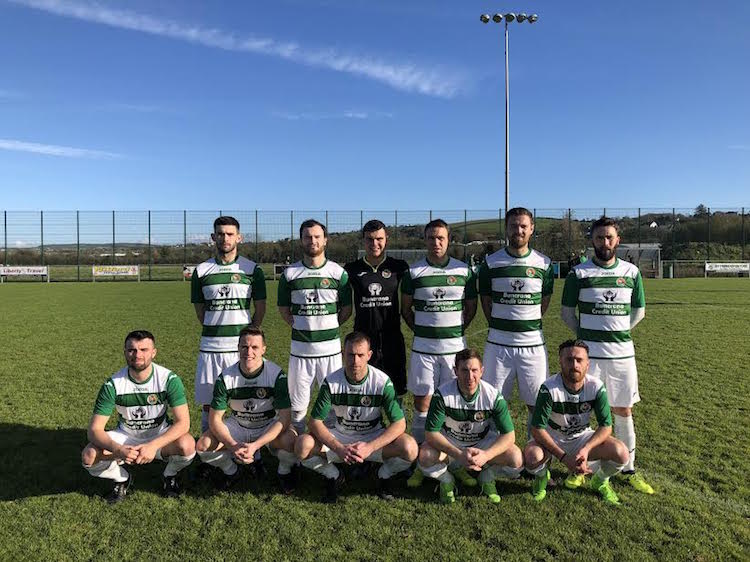 Malachy McDermott says experience has been the main reason that Cockhill Celtic have worked their way back to the summit of the Four Lanterns Ulster Senior League.

McDermott headed the winning goal in a 2-1 success over Bonagee United on Sunday, a victory that put Gavin Cullen’s men on top.

This Sunday, the champions travel to face their nearest challengers, Letterkenny Rovers, who began the season with eight League wins in a row. However, Rovers have lost their last three games, including League defeats by Finn Harps Reserves and Derry City Reserves and their challenge is in danger of unravelling.

Cockhill have won the League in each of the last six seasons and never even contemplated reaching over towards the panic button.

“The experience comes into it and we know what to do when it comes to it,” McDermott says.

“Hopefully that experience will pull us through and we can try for another one.”
McDermott has been one of their leading lights through the golden years at the Charlie O’Donnell Sports Grounds, but hasn’t been able to commit to the levels he’d like recently.

He says: “I’ve found it tough with work. My last game was against Derry before Christmas and did barely any training over the Christmas period. We still have 18 or 19 men at training and it’s a squad effort.”

McDermott nodded in the second-half winner after Deano Larkin cancelled out the opener by Gerard McLaughlin on Sunday. An improved Bonagee asked questions, but Cockhill and McDermott came up with the answers.

McDermott says:  “We weren’t really in the game much so we had to rely on Gerry Gill’s set pieces. We worked on those set pieces and the two of them paid off.

“We had to work for the win. We sat very deep and invited them onto us. Their goal was a great finish. We didn’t make things easy and we panicked too much. Maybe we were on the back foot, or not as sharp, but we’ll get there. It’s another step for us.”

Laurence Toland and Jimmy Bradley are expected to return to the Cockhill ranks for Sunday against a Rovers side that will be without the suspended Conor Tourish, while Jonny Bonner is rated as a major injury doubt for the Cathedral Town men.

Cockhill boss Cullen laughed off notions that the Inishown side’s powers were waning in any way.

He says: “We were there or thereabouts and we didn’t panic when other people were talking us down.

“It was silly. We’ve lost one game this season, very dubiously, and one Cup game. It was absolute nonsense.

“Maybe people want to see us beaten.  It’s not nice to see a team dominate for so long and win so many things. It doesn’t help the other teams, but it’s great that this year is really competitive.”