McGuinness reveals the Donegal player who showed ‘the type of person I want’.

As he prepares for his first job as a soccer manager and plots the type of player – and person – he wants at Charlotte Independence, Jim McGuinness goes back to a very clear memory from 2010 in Donegal.

McGuinness led Donegal through a golden phase of an All-Ireland and three Ulster titles.

The Glenties man was a big believer in ‘character’.

In the build-up to the 2012 All-Ireland final, McGuinness explained his thinking.

“I read a book once about Scott going across to the South Pole and he said, ‘hire character and teach them the skills,’ because obviously if you hire the wrong characters there and they mess up, everybody is dead,” McGuinness said.

McGuinness is back in Ireland this week as he begins his UEFA Pro Licence coaching course, alongside a group including Finn Harps assistant manager Paul Hegarty and Harps coach William O’Connor.

Next month, McGuinness begins pre-season with Charlotte, who play in the second tier of the American soccer pyramid.

McGuinness is busy putting a squad together for Charlotte’s assault on the United Soccer League Championship.

McGuinness isn’t just targeting quality in terms of player – but of person.

And one Donegal player stands out in that regard for McGuinness.

“I remember going to a match and David Walsh, who was playing with a Division 3  team at the time,” McGuinness said.

“I remember seeing him in a game before I took over. They were getting absolutely annihilated in a Championship match and he was still running himself into the ground. I was just thinking: ‘That’s the type of person that I want’. 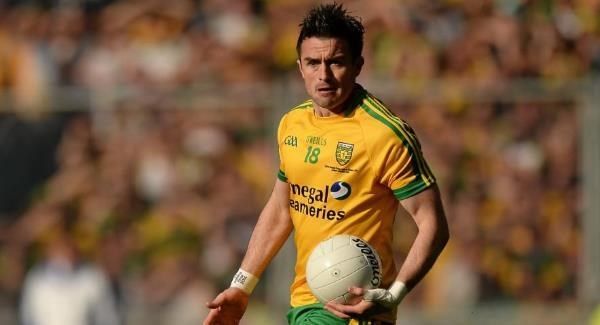 “He had a huge impact on our squad. You knew what you were getting.”

Naomh Brid man Walsh replaced Ryan Bradley in the 40th minute of the 2012 final against Mayo.

Over McGuinness four years as Donegal manager, Walsh made 43 appearances and scored 1-10.

Walsh himself had a brief stint in soccer, having been on a YTS (Youth Training Scheme) at Luton Town before injury cut short his dream.

McGuinness sees a lot of similarities in how he built his Donegal squad as he shapes his Charlotte Independence panel.

“The principals have to be there every single day,’ he said.

“The dynamic is the same. It’s about working through the processes and having people there who want to be there and who want to work hard.”