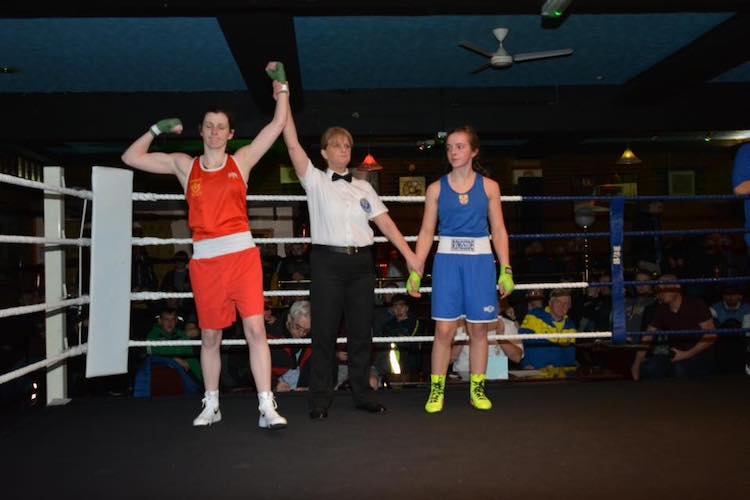 Donna Barr was struck by the recent announcement from Andy Murray that he has to ponder retirement.

Barr had hip surgery in September and was worried that she might never get a chance to return to boxing again.

Tennis star Murray had surgery on his right hip last January and now requires a second operation as he weighs up his options.

Illies Golden Gloves light-flyweight Barr has a new lease of life and got through the ropes quicker than expected.

Barr gets back to work tonight when she faces Emma Feeney from Cavan at the Illies Golden Gloves’ 20th anniversary tournament in the Plaza Ballroom, Buncrana.

Barr defeated Feeney to reach the Ulster Elite final, which she lost to Chloe Fleck in Belfast last Saturday night, but her outlook is refreshingly upbeat.

“I’m blessed to even be here,” she said.

“Andy Murray had the same surgery and he’s retiring. He has the best medical people in the world looking after him.

“The fights will stand to me. I’ll take something away from everything.”

Barr defeated Feeney in her Ulster Elite semi-final and, as she gears up now for a long-awaited tilt at the Irish Elites next month in Dublin, the nifty puncher had perspective in her corner as she lost a split decision to Fleck at the Ulster Hall.

She said: “I was happy either way. I’m just back, have one victory and one defeat.

“I had no legs, but I’m a better boxer than that.

“I won’t get upset about it. I know what I have to work on so I won’t beat myself up. My coaches are upset, but I can’t find it inside me to be so upset. I’m just glad to be back in here having a go again.

Illies Golden Gloves are among the most successful clubs in Donegal across the sporting world with 39 national titles, four University crowns, European Bronze and European Silver medallists and a Commonwealth Youth Bronze medallist.

Action tonight gets underway at 8.30pm.