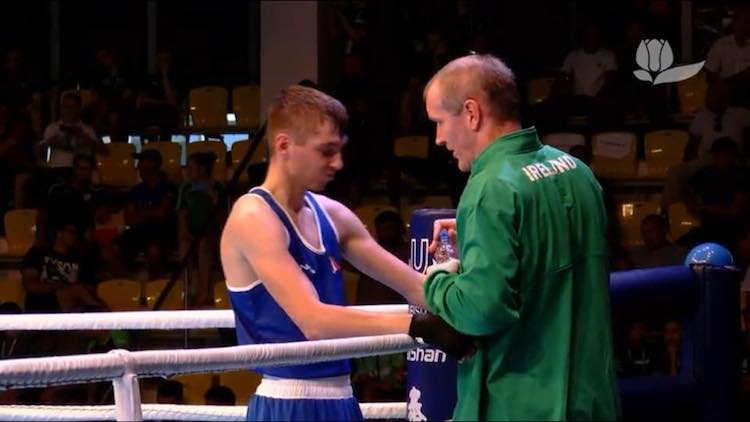 Agony again as Matthew McCole loses out in U22 final

Matthew McCole was beaten in last night’s light-welterweight final at the National U22 Championships.

The Dungloe southpaw lost out to Dublin Docklands’ Pierce O’Leary in the 64kgs final.

It was disappointment again for McCole, who has suffered some finals agony previously at the National Stadium.

After impressive wins over Padraig Convery (Holy Family, Drogheda) and Terry McEntee (Old School), McCole was in confident mode heading to the capital for his latest final.

But it was O’Leary – nicknamed ‘Big Bang’ – who took a unanimous decision to claim the win.

O’Leary, backed by a big local support, took the verdict on all five judges’ cards.