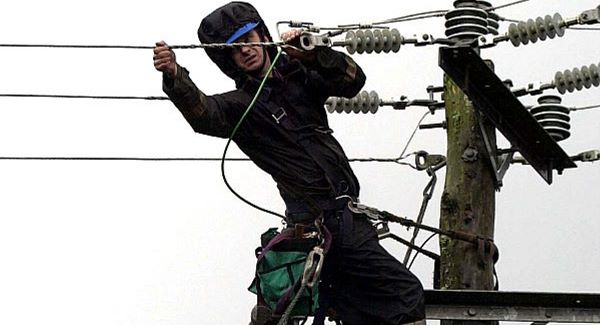 Dangerous conditions to leave hundreds in the dark overnight

Hundreds of people in Donegal could to be without power until midday tomorrow with conditions too dangerous for ESB workers at the moment.

As high winds take a hold of Donegal, over 1,000 homes in Lifford and the Fanad peninsula have been left without power.

In an area around Fanad and Downings, almost 100 homes are without power.

The power outage happened around 7pm when the coastline was struck with hurricane force NW winds for around an hour.

ESB crews have been attempting to fix the faults, but workers on the scene and have confirmed broken lines and the gale force winds are too dangerous for any repair works overnight.

The Fanad Head area, where dozens of homes are without power, may not have the service restored until after midday Sunday.

In Lifford, a major power cut has left over 1,000 ESB customers without power, with an estimated restore time of just after midnight given by the ESB.

An ESB spokesperson said: “We apologise for the loss of supply. We are currently working to repair a fault affecting your premises and will restore power as quickly as possible.”

Several trees have fallen on roads across the county and driving conditions are dangerous. Motorists are advised to drive with extreme care and caution. Check out our list of hazards here.