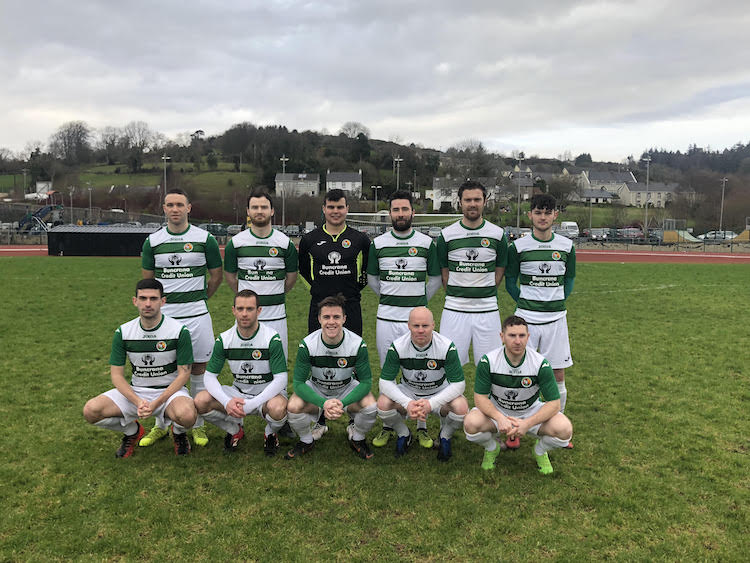 Nothing to separate USL’s top two, as Cockhill stay out in front

Ultimately, it was a result that keeps Letterkenny Rovers in the USL title race, on a day when Cockhill left feeling the chance to take a firm grip on things had eluded them.

By Chris McNulty at the Aura Leisure Complex

Cockhill twice came from behind, through Gerard McLaughlin and Malachy McDermott, after BJ Banda’s first-half double had Rovers ahead, to keep the Inishowen men three points clear at the top of the standings.

Cockhill dominated proceedings in the second half, hit the post through Lee McColgan, Mark Moran had a ‘goal’ disallowed and other chances went abegging for the champions.

Rovers were without the injured Jonny Bonner and the suspended Conor Tourish on a day when losing was unfathomable.

The challengers took the tie against the champions to the wide expanses of the Aura Leisure Complex, preferring the Sallaghagrane venue over Leckview Park.

Rovers – forced into an early reshuffle when the concussed Ryan Lonergan had to be replaced – took the lead after 19 minutes. Lee Toland’s corner caused all sorts of issues and Banda was onto it in a flash. Banda’s touch and turn provided an opening and the former Finn Harps striker slotted past Lee McCarron to the far corner.

Bradley whizzed narrowly over as Cockhill warmed to the task and it took a wonderful save from the fingertips of Kelly to keep out a stinging thump by Moran at the far post.

Six minutes before the break, Rovers were in front again – in somewhat fortuitous circumstances. Having won eight-from-eight in the League pre-Christmas, Rovers had lost on their last three outings, including an FAI Intermediate Cup loss to Crumlin last weekend.

They got a stroke of fortune here when the unsuspecting Banda instinctively arched his neck to divert the ball goalward from a poor Cockhill clearance and Rovers had the edge.

Another brilliant save by Kelly kept out a teasing Benny McLaughlin header to keep the hosts in front.

Eight minutes into the second half, Cockhill drew level as McDermott – the match-winner against Bonagee – struck a stunning volley beyond Kelly from the edge of the area.

Gerard McLaughlin flicked wide and McColgan hit the post, with Benny McLaughlin only able to find the side-netting from the rebound.

The introduction of Laurence Toland – the hero of the hour in last season’s League Cup final and USL play-off against Rovers – breathed real energy to Cockhill.

Toland nodded wide from a Gill free and the Ramelton native cracked another attempt against a post. Moran tucked to the net, but an offside flag curbed the celebrations.