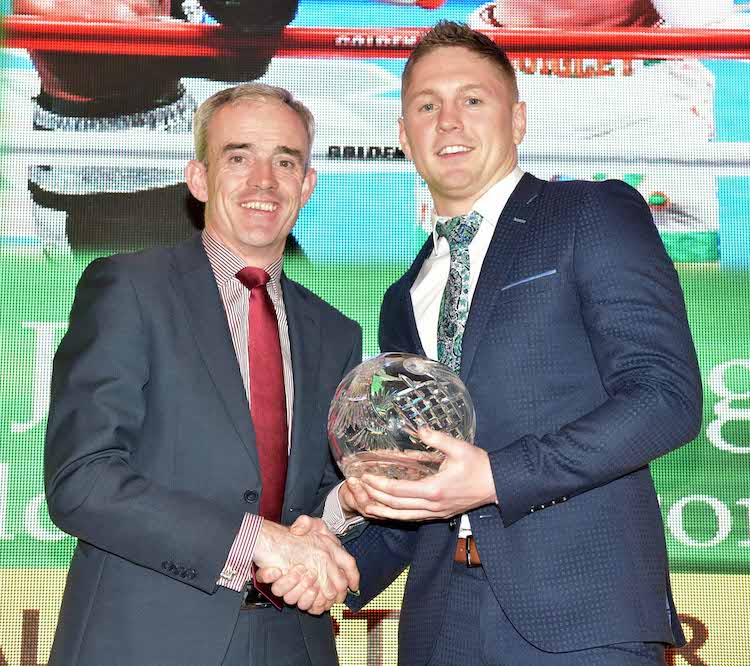 Jason Quigley aims for ‘busy’ 2019, targets March return in US

Jason Quigley is targeting a ‘busy’ 2019 as the unbeaten Donegal middleweight gets set for his return to action.

Quigley (15-0, 11KOs) is likely to be back in the ring in March with confirmation imminent on the Ballybofey man’s next move.

On Friday night, Quigley won the International Achievement Award at the Donegal Sports Star of the Year Awards, after a 2018 that saw him defeat Daniel Rosario in Boston and then overcome Freddy Hernandez to retain his NABF middleweight belt.

The Golden Boy Promotions contender is ranked seventh by the WBC and 11th by the WBA and is on the big radars now.

“Every year is a big year for me now and could be ‘the’ year,” Quigley said on Friday night.

“I’m training flat out, and everything is going great in Sheffield.

“I hope to stay busy with three or four fights this year.

“I have to stay focussed and concentrated. I’m staying in the present, in today and in the moment and then it’s back to hard work.”

Quigley confirmed that he hopes to get a fight on St Patrick’s weekend in America. He was back in Donegal for a flying visit, taking a break from his training camp to collect his award at the Mount Errigal Hotel.

“It’s not only getting the award; but being in room of 600 people of great coaches, team leaders, teachers and athlete,” Quigley said.

“It’s a pleasure to be a part of it. Every year, it shows the strength of the county.”

Quigley’s manager, Lyle Green, of Sheer Sports Management, said: “Jason is an outstanding athlete and individual.  His performance in the ring has brought him much attention but his high character and charisma has endeared him with fans across the globe.

“We are very proud to have Jason as a part of our team and there is nobody more deserving of the award.”