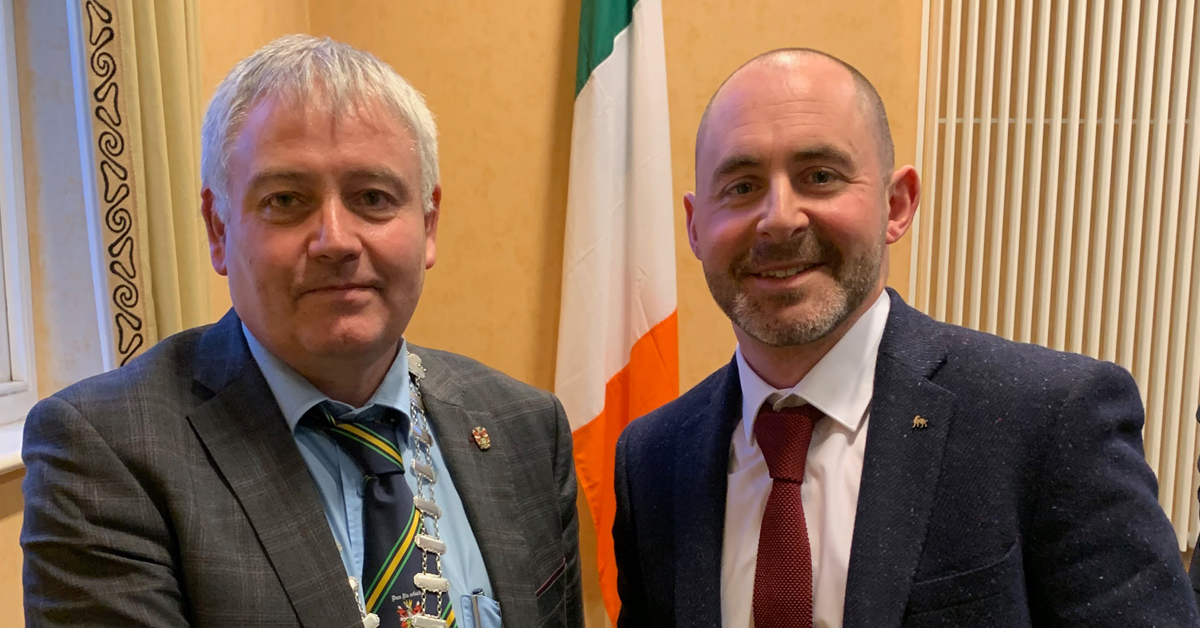 Cllr Maguire fills the casual vacancy left by former Independent Cllr John Campbell, who resigned at the beginning of January.

Mr Maguire, who is from Drimarone and teaches at St. Columbas College Stranorlar, was joined by family, friends and supporters in the Lifford Council Chamber today for his official appointment. 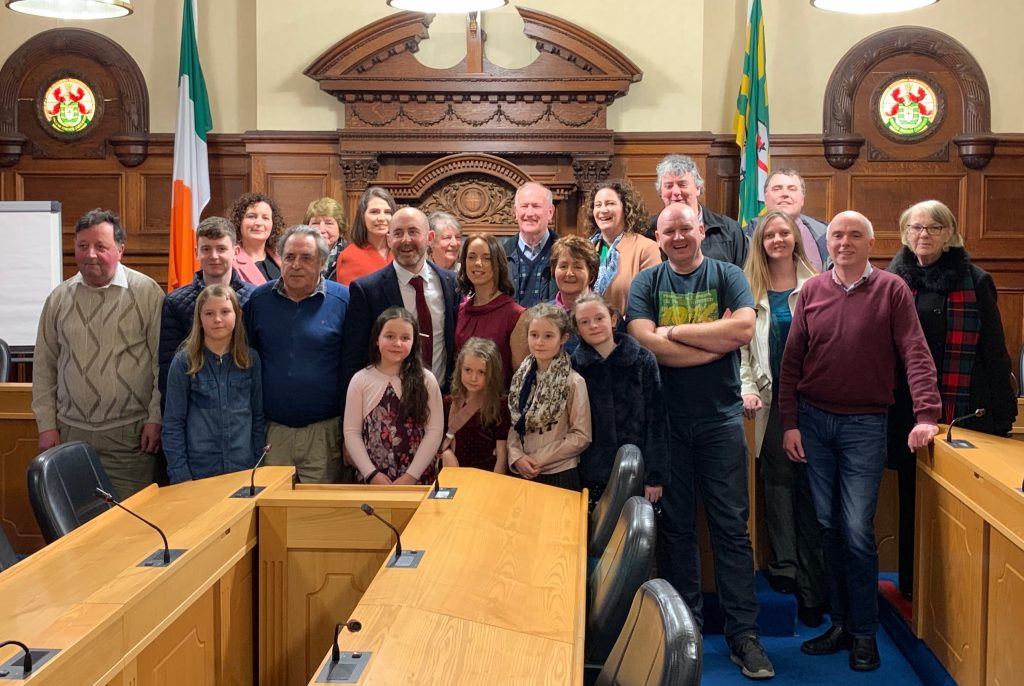 Cllr Seamus Maguire joined by friends, family and supporters in the Lifford Council Chamber for his co-option

He may only have his seat until the local elections in May, but Maguire is already looking forward to making changes at a county level and in his own Municipal District of Donegal.

He said his new position was a huge honour and one that he will take immensely seriously.

“I’m extremely energised to get working locally on many issues that need urgent attention,” he said.

Maguire comes from a project management background and has played a role in leading and motivating people to deliver worthwhile events including the All-Ireland Coastal Rowing Competitions in 2016 and 2017. This skill, he said, is one that he plans to bring to his council work.

He said: “This strategic vision is part of what I believe we need in our own Municipal District and indeed countywide.

“Having experience working with local and state tourism bodies and working with the local business community has served me well.

“I know what is necessary to capture the funding for our own Municipal District and I’ll be working to that end.

“From the work I’ve already been engaged with locally I can see that what we are missing is a strategic vision – a five to ten year plan  – for Donegal MD.

“We have many groups in Donegal doing great work. I honestly believe that we are missing out on potential development and funding without of a distinct lack of an overall plan.”

Cllr Maguire added: “Up here we are different and in many respects, that is what’s called for, a unique vision.” 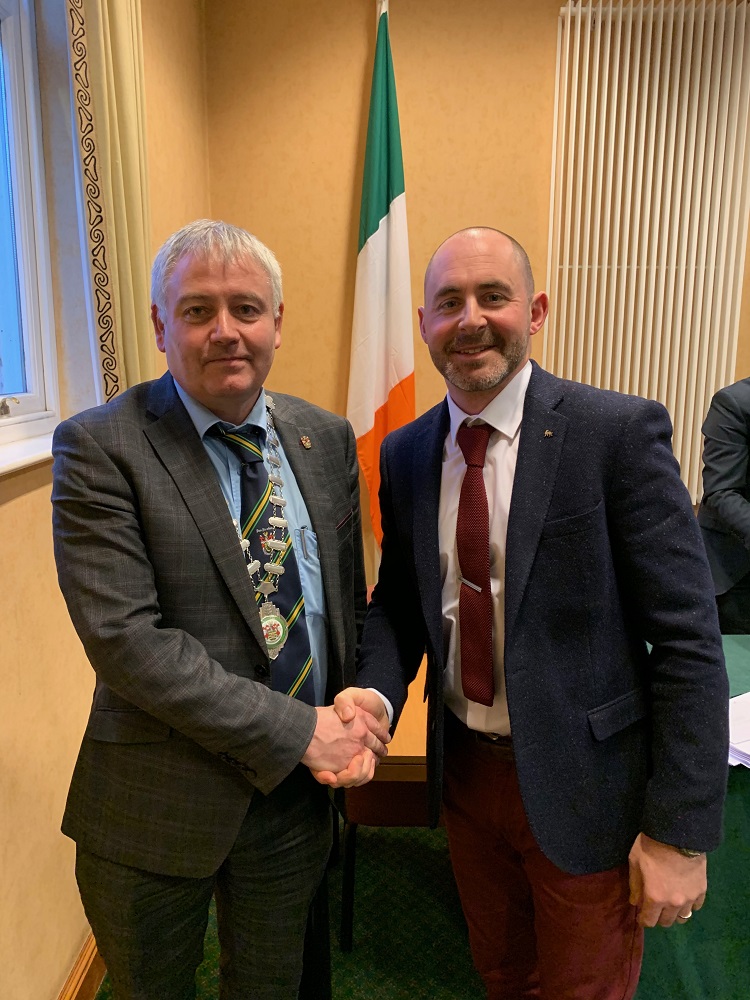 He added that it was an honour to celebrate his co-option with his parents, Dennis and Eileen, and added a special thanks to his wife and children for their love and support.

Many tributes were paid to former Cllr John Campbell’s years of work in the local authority, with Cllr Mac Giolla Easpuig commenting: “There’s a hole in the council today without you, but I know Seamus will fill it well.”