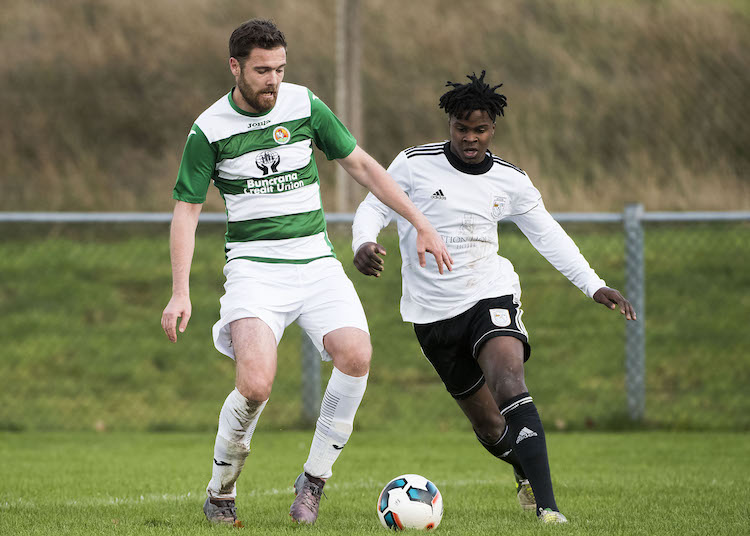 Cockhill’s ‘Jazza’ content to mix making the headlines with writing them!

Gerard McLaughlin could be forgiven if he agonises over some of his headlines and reports a little more than his peers in the media.

Chronicling the journey of a team he plays in is, you imagine, no easy task, but McLaughlin’s takes with a shrug of the shoulders.

“It’s a wee bit strange to be honest but you just try to write it like any other report and be as honest as you can,” he says.

“It’s all good craic. I get a bit of stick and I’ll give it back.

“It’s never anything serious and I enjoy that sort of stuff, but you do have to be thick skinned.”

The eager football followers around the peninsula go through McLaughlin’s copy with a fine-tooth comb every Tuesday, but McLaughlin doesn’t spare himself from his own wrath.

He says: “Put it this way, if I miss a sitter, it’s definitely not being left out because you can be sure people will pull you on it!

McLaughlin will be the subject of some scrutiny in his hometown of Buncrana next week as Cockhill host their derby foes, Buncrana Hearts, in the Knockalla Caravans Senior Cup, on Sunday-week.

McLaughlin left Hearts to sign for Cockhill and is looking forward to the big Cup tie.

He says: “Buncrana will be a completely different kettle of fish. It’s actually one I’m looking forward to.

“We haven’t had that derby in about six year and there’s a real buzz about it. Everyone is talking about it and it’ll be a lot tighter than some people are saying.”

‘Jazza’ has been a key cog in the Cockhill wheel, first under Donal O’Brien and now on the watch of Gavin Cullen. The versatile McLaughlin has been used in a variety of roles.

Take his last two games, for instance: On Sunday, McLaughlin played as a striker and scored in the 2-2 draw with Letterkenny, having featured in the middle of the park against Bonagee seven days earlier, when he also scored in a 2-1 win.

“You don’t know where you’re going when you turn up on a Sunday,” he says. 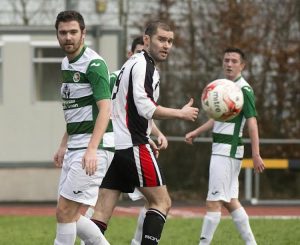 “Look at our bench, that shows the strength that we have.

“We had to go a wee bit more direct against Letterkenny and it was going to be a bit of a battle. It was a physical battle. Ryan McConnell is a tough man to come up against, but I like that.”

Cockhill had to come from behind twice on Sunday at the Aura Leisure Centre on a day when Rovers kept themselves firmly in the title race. The share of the spoils means that Cockhill – who had the lion’s share of the game – lead the way by three points.

McLaughlin says: “We probably should have won the game. I don’t think there’s any getting away from that. We haven’t beaten Letterkenny this season yet. We’ll take the draw and we still have the three-point cushion.

“Going in at half-time, we knew it was a big test. We’re used to coming up against these tests and we scored a great goal through Mal (McDermott) and there was only one team that looked like winning it in the last half-an-hour. At 2-1 down at half-time, we’d have taken the draw.

“We’re three points clear and we’re in a better position than they are.”

Cockhill host Finn Harps Reserves on Sunday and have a chance, with Rovers idle this weekend, to open up a six-point gap at the summit.

McLaughlin is under no illusions of the significance of this one.
“Harps is massive for us,” he says. “Absolutely massive. We played them a few weeks ago and they gave us a really big test.

“We won’t take it lightly. Joe Boyle has done a great job with Harps and they’re a lot better than they were, which is great for the League.

“If we win against Harps, the draw in Letterkenny will look even better. If we win, Letterkenny have no game, we’d be six clear and the pressure will be on them.”