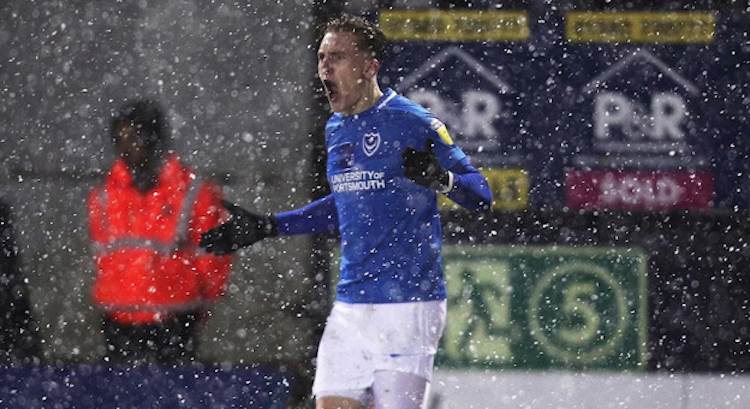 Ronan Curtis netted his 10th goal of the season last night, but Portsmouth lost out to Luton Town in a top-of-the-table clash.

The St Johnston man struck in the second half at Kenilworth Road, but Kenny Jackett’s men were beaten 3-2 as Luton moved five clear at the top of League one.

James Collins’ goal had Luton ahead at half-time, but Curtis drew Pompey level seven minutes into the second half.

Collins netted from the spot to restore the Luton advantage.

Portsmouth have a game in hand on Luton.