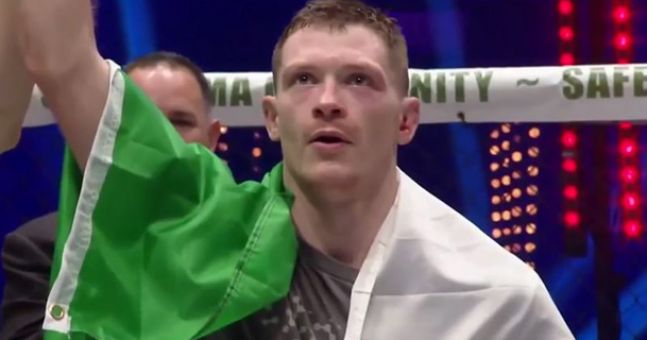 Joseph Duffy will make his long-awaited return to the Octagon on St Patrick’s weekend.

The Burtonport man is set to face Marc Diakiese at UFC Fight Night 147at London’s O2 Arena on March 16.

Duffy is 17-3 as a mixed martial artist and 4-2 under the UFC banner, but has not fought since a stoppage defeat by James Vick in November 2017 at UFC 217 in Madison Square Garden.

Duffy has been beset by injury, but is now set to begin his bid to move up the lightweight ladder.

Wins over Reza Madadi and Mitch Clarke got Duffy back on track after a January 2016 loss to Dustin Poirier in Las Vegas.

‘Bonecrusher’ Diakiese is a Congo-born 25-year-old who now lives in Doncaster and holds a 12-3-0 record.

UFC Fight 147 will be headlined by a welterweight clash between Darren Till form Liverpool and Jorge Masvidal.