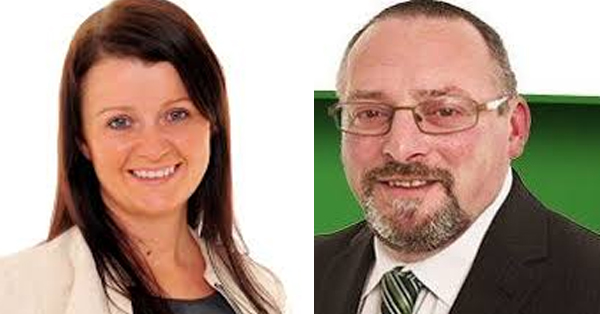 Sinn Féin has confirmed today that the party will run three candidates to contest this May’s local elections for the Municipal District of Glenties.

Sitting Sinn Féin Councillors Marie-Therese Gallagher and John Sheamais Ó Fearraigh have both announced that they will again be putting their names forward for selection when the party holds its convention for the district.

It’s understood that a third yet to declare candidate will also be added to the party ticket pending their backing from the membership.

Local elections to elect Donegal’s next group of County Councillors will be held on Friday, 24 May 2019.

Commenting on the decision to re-enter the race, Cllr Gallagher said that Sinn Féin is excited to announce that the party will be putting forward three candidates to contest the ballot for the area.

Cllr Gallagher said: “While we must of course await the verdict of the membership locally when we gather later this month to select who’ll be representing the party for these elections, it’s expected that the names of all three candidates will be decided on that night at convention.

“The decision to adopt a three candidate strategy was not one which was taken lightly, nor should it be interpreted as a sign of complacency on our part but rather, it was a decision which we as a party feel is the correct one, that it is achievable to do and something which it’s felt that there is a genuine appetite for locally.”

Cllr Gallagher continued: “Personally speaking and as many people will know, I have had the absolute honour of representing the people of the Glenties MD since having first been elected to Donegal County Council in 2009 and again in 2014.

“During this time I have done my best to hopefully earn the trust and confidence of the people here in west Donegal, and I have had the real privilege of working alongside many local community and voluntary groups and organisations to help promote and develop this region.

“And while we must respect the outcome of our convention, I sincerely hope that with the continued support of Sinn Féin as well as the local communities here that I will be able to use my influence as a local representative to lobby and shape Council policy with the view to addressing the needs of the region going forward.”

Also remarking on today’s decision, Cllr Ó Fearraigh added: “We as a party are under no illusion that to have three Sinn Féin Councillors elected will not be without its challenges, but we are of the view that there is scope there to win those seats given the tremendous support which the party has and continues to receive from communities locally.

“I’ve been honoured and incredibly humbled to represent the Glenties electoral area following my election to Donegal County Council back in 2014, and ever since then I have strived to work in the interest of communities here and ensure that their voices are heard.

“While it’s obvious that West Donegal continues to grapple with many social and economic challenges due to the failed policies of successive governments down through the years, I believe that by having three Sinn Féin Councillors elected to the Glenties region then we can work with local communities and but their needs first and foremost.”

“As we look ahead to convention night, I will be looking forward to seeing supporters and members come out in big numbers to ultimately decide the names of the candidates who will be added to the Sinn Féin ticket in May.”

The Sinn Féin convention for Glenties will take place on Friday 22nd February at 7pm in the Ionad Naomh Pádraig, Dobhar.