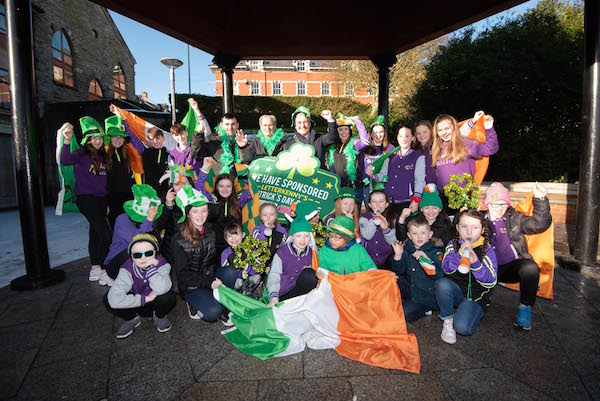 Letterkenny Chamber wants you to make a show of yourself for Paddy’s Day!

With January behind us it is time for Letterkenny Chamber to launch the annual Letterkenny St.Patrick’s Day Parade.

The parade is one of the biggest in the County and this year the Chamber is hoping to get entries from a wide range of businesses, community organisations, sports clubs and bands.

With just six weeks to go to this national holiday that is celebrated all over the world, Letterkenny Chamber President and members of the organising committee were joined by students of Pinehill Studios to formally launch this year’s parade.

Speaking at the launch Chamber President Leonard Watson said “St. Patrick’s Day is always an important event in the calendar and it marks the start of the Spring season. This year it falls once again at a weekend so we are expecting a large entry and a high number of spectators. The Letterkenny Parade is a great family event in Letterkenny, young and old come out to see the traditional parade work its way through the town centre.”

This year to celebrate Letterkenny winning the Most Enterprising Town In Ireland we have decided to have the theme of Celebrating Letterkenny Together.

The award, won last November, celebrated how Letterkenny community, business, education and public sector work together to make Letterkenny a great place to live and work in.

With this in mind we are appealing to sporting clubs, dance groups, youth groups, clubs and societies to get involved and embrace the Letterkenny Together theme. The more people we get involved the more colourful and lively the parade becomes.”

“Letterkenny Chamber is the sole organiser of the Parade and each year it is only through the voluntary effort of members of the Chamber and financial contributions from businesses that enables it to happen. We are proud to play our part in this important day and would ask any business large or small if they could offer a contribution it would be gratefully received and acknowledged.” 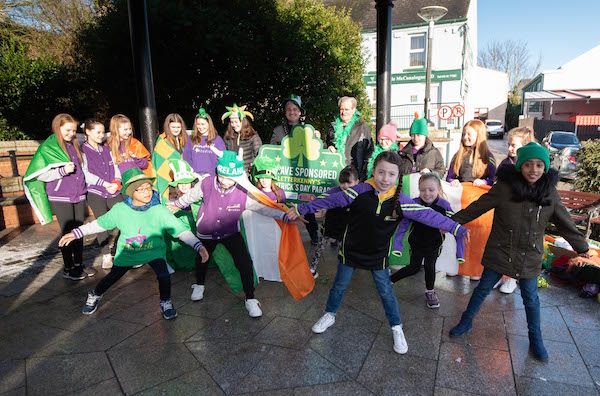 Leonard continued “we are asking everyone to get behind our St.Patrick’s day event in Letterkenny this year. So if you have a group that would like to get involved just get in touch with the Letterkenny Chamber office for an application form.

The Parade starts as usual at 3pm on Friday 17th March making its way from Station (Tesco) roundabout, via Port Road, through Main Street past the viewing platform at Market Square to finish in Old Town.

Letterkenny Chamber wants you to make a show of yourself for Paddy’s Day! was last modified: February 5th, 2019 by Stephen Maguire
Facebook0Tweet0LinkedIn0Print0
Tags:
ChamberletterkennyparadeSt Patrick's Day