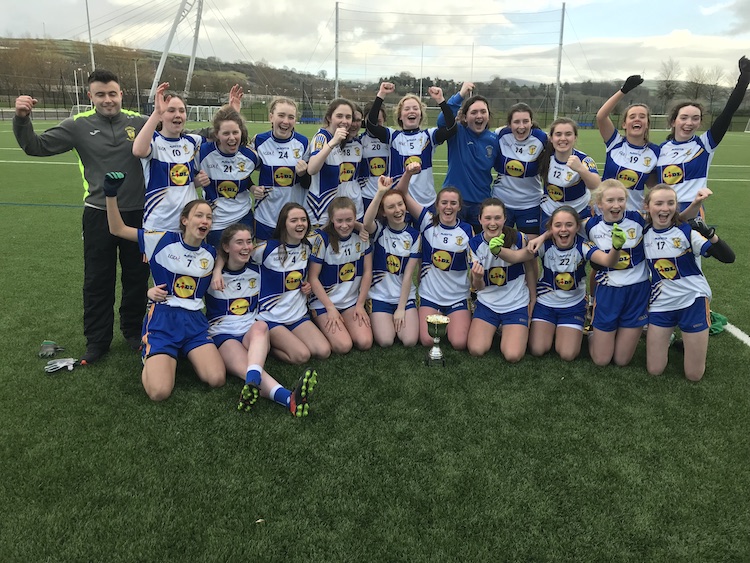 Listen: Blaine Mulligan on Coláiste Ailigh’s run from ‘walloping’ to an Ulster title

The 6-8 to 2-7 win in Strabane was greeted by ecstatic scenes as Coláiste Ailigh toasted the provincial crown.

“I started taking girls football six years ago. One of our first games was against Thornhill.

“It was a senior D competition and they absolutely walloped us. It was an eye-opener. Here we are, six years later, playing in an Under-20 ‘C’ and we’ve won it.”

Mulligan hailed the effort of his team after their big win, which puts them into an All-Ireland semi-final.