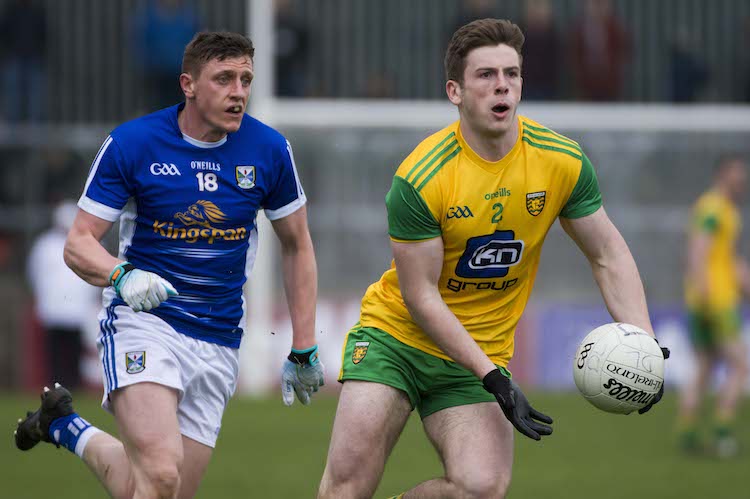 Sigerson Cup roundup: Donegal players out of luck in quarter-finals

There was no joy for any of the Donegal players on duty in the Electric Ireland Sigerson Cup quarter-finals yesterday – here’s a round-up.

Defeats for Ulster University, DCU and Maynooth University made for disappointment for several of Declan Bonner’s Donegal squad.

Ulster University, whose number included Eoghan Ban Gallagher (above) and Ryan McHugh, were toppled by NUIG at Abbotstown in a dramatic Sigerson Cup quarter-final.

Frank Burns spurned a late free with a chance to draw UU level.

Kieran Molloy netted for NUIG, with Brian Kennedy scoring the UU goal. At half-time, it was 1-4 to 1-3 in favour of NUIG.

It remained tight and tense for the second half, but NUIG had done enough.

UCD had too much in the tank for DCU at Belfield last night.

Conor Morrison and Brendan McCole have been going well for Donegal in the full-back line, but they couldn’t prevent DCU from falling to defeat in this Sigerson Cup clash.

It was a nip-and-tuck tie, during which the teams were level six times, but St Mary’s pulled clear in the closing stages.

Maynooth had led 0-8 to 0-7, thanks to four points by Padraig Fogarty, but ‘The Ranch’ had enough about them to win the day.

Milford’s Kane Barrett joined O’Donnell in the action as he was introduced in the 57th minute.