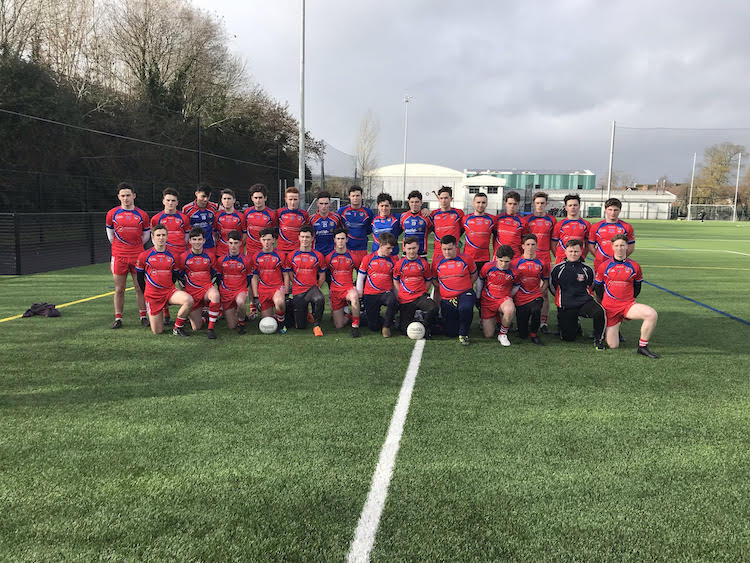 By Charlie Collins in Strabane

Coláiste na Carraige looked to have recovered by the mid-way point of the second-half, when they led briefly, but it was the Derry school who finished with a bang to tee up a final meeting with Abbey Vocational School.

St Columb’s had a blistering start, the Derry side hitting 1-4 in the opening nine minutes.

The goal came via Eoghan Cassidy in the fifth minute as he surged from his own half before riffling in.

Cahir McMonagle, Fergal Mortimer and Cassidy struck to open up a seven-point lead for St Columb’s.

At the break, St Columb’s led 1-9 to 1-4 with Ronan Gillespie hitting a trio of points for the south-west Donegal side.

Coláiste na Carraige got in for a second goal in the first minute of the second half.

A wonderful move by the Kilcar-Naomh Columba contingent concluded with Ryan McShane applying the finish to bring them to within two points.

Indeed, they were ahead on 45 minutes when Eoin Cormack took a pass from Paul O’Hare and brilliantly found the top corner.

Gillespie tacked on a point to make it 3-7 to 1-11 – but they wouldn’t score for the remainder.