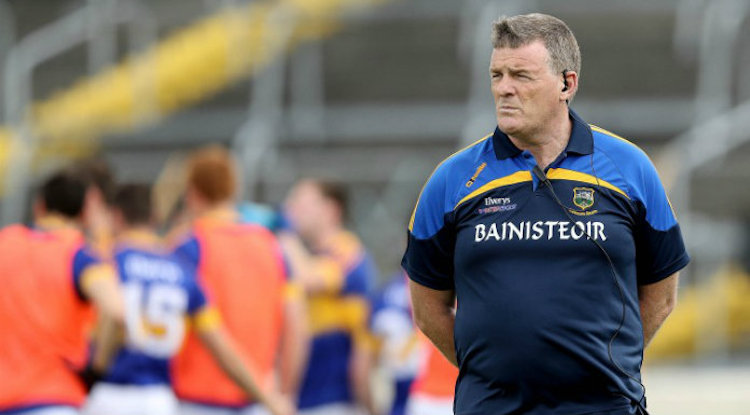 Liam Kearns looked his Tipperary players in the eyes yesterday before calling them out on disappointing performances – and got the desired response against Donegal.

By Chris McNulty in Thurles

Tipp were still reeling from the concession of a late penalty against Fermanagh last weekend, but the Premier County hit back.

Donegal were seemingly in control when they led 0-10 to 1-4 at half-time, but were left to rue Jamie Brennan’s penalty, which was saved by Michael O’Reilly.

Tipp outscored Donegal 3-5 to 0-3 in the second half, handing Declan Bonner’s men their first defeat of the Division 2 campaign and picking up their own first win.

“Their backs were to the wall and they came out and performed,” Kearns said.

“They came out fighting. I’d never doubt their character or their ability to bounce back, they are a great bunch who will always give their all.

“It is a great credit due to my players. They came out with a great attitude and if they didn’t have the belief that they could win this game, they wouldn’t have.

Kearns was at pains to point out that his team – like Donegal’s – was shy a number of key performers.

He noted: “For Michael Murphy, we are missing Quinlivan; for Odhran MacNiallais, we are missing Robbie Kiely; Bill Maher is out, Shane O’Connell is out, Evan Comerford is out.”

There were few signs of a Tipp revival until a Liam McGrath’s free caught Donegal out for a second goal. The wheels came off for Donegal as Liam Casey added a third.

Kearns said: “It was the break we got for the second goal, we were pushing up on them at that stage. We went after then when we got the goal and we won it fairly comprehensively in the end.

“I pushed Brian Fox forward before we got the goal. I didn’t know we were going to get the goal and after we got the second goal, we went it after it in a big way. That gave us great impetus. Once we pushed up and went after it, we got 2-5 to their 0-2. That was fair clipping.

“I don’t people appreciate how good they are. They’re not getting credit for what they’re doing and how they cope with the step up in games all the time.”