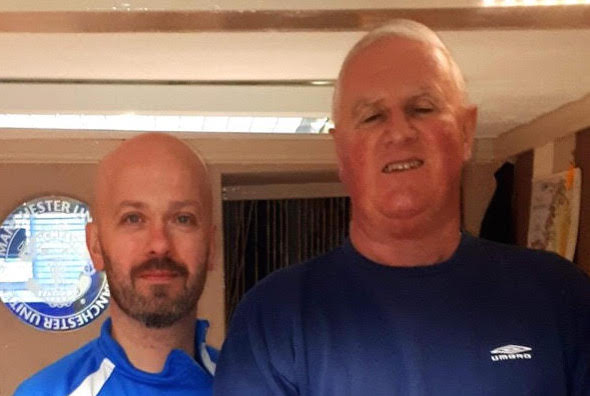 Big Gerard gets ready for his date on Winning Streak!

Gerard Muldoon from Crossroads, Killygordon is hoping to go all the way and spin the wheel and possibly come away with an incredible €500,000.

Gerard was busy this week making sure he looked the part before he travelled to Dublin with family and friends for his big occasion.

He’s a big fan of the show but got the shock of his life when his name was called out while watching the show last Saturday night.

Gerard even made the time to get a quick trim with his friend Shaun McGranaghan of Cozy’s Barber.

Gerard said the news was “like a tidal wave” crashing over him” and he described the amazing feeling as he watched his name being drawn from the Winning Streak drum by show presenters Marty Whelan and Sinead Kennedy last Saturday evening.

A GAA fan, Gerard had just switched over from watching the Dublin versus Kerry football match in time to watch Winning Streak – a Saturday evening ritual for him. “As much as you think you can be ready to hear your name called out, you can’t actually prepare for it” the delighted Donegal man quipped!

Fast forward a few days and the news has sunk in for Gerard who is very much looking forward to the show.

A huge music fan he names Queen, ELO, Rod Stewart and the Eagles amongst a long list of his favourites. Gerard says there is nothing better than relaxing by putting on music.

A huge GAA fan he follows Donegal in football and is a big supporter of his two local GAA clubs Setanta Hurling Club and Red Hughs GAA football club.

He is also a soccer fan and is happy that local Donegal club Finn Harps have been promoted to the League of Ireland premier division this season.

We’d like to wish Gerard the best of luck and if he happens to scoop the jackpot – don’t forget where you read about it here first Gerard!!

Big Gerard gets ready for his date on Winning Streak! was last modified: February 20th, 2019 by Staff Writer