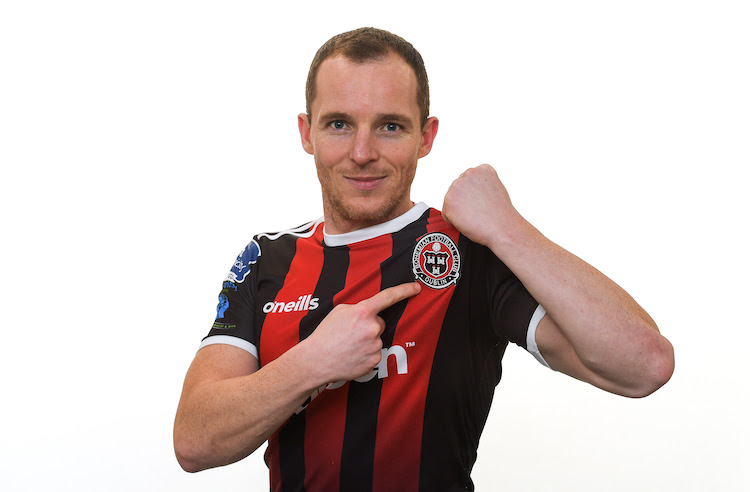 The veteran Bohs skipper says the Gypsies have to be ready for Ollie Horgan’s men at Dalymount Park.

“People might think they’re a team we should be beating but football doesn’t always work that way,” Pender says.

“We’ve done well against Harps at home when they were in the division before before, but we all know that they have got results against us in the past too – so we expect a really tough opening game.

“We have a lot of new and young players and it will take time for them to adapt to the physical side of the game in our league.”

New arrivals such as James Talbot in goals, James Finnerty in defence and Daniel Mandroiu, Luke Wade-Slater and Conor Levingston in midfield, will be hoping to copy the example set by Darragh Leahy, thrown in at the deep end for his debut aged 19 on opening night last season against Shamrock Rovers, and rising to the challenge of first-team football.

Pender (35) said: “We don’t know how long it will take them to adapt. It took us a while to find our rhythm last year but we are determined to get off to a good start this year and hopefully we can click a bit earlier this season.

“It’s a big step for our new players. They’ll soon find that our league is a tough one. You don’t get a minute – it’s fast and furious. They will need to learn quickly and that’s why we try to make our training as competitive as when you’re playing so it’s not such a shock to the system.”

Barrett on the mark again as FC...