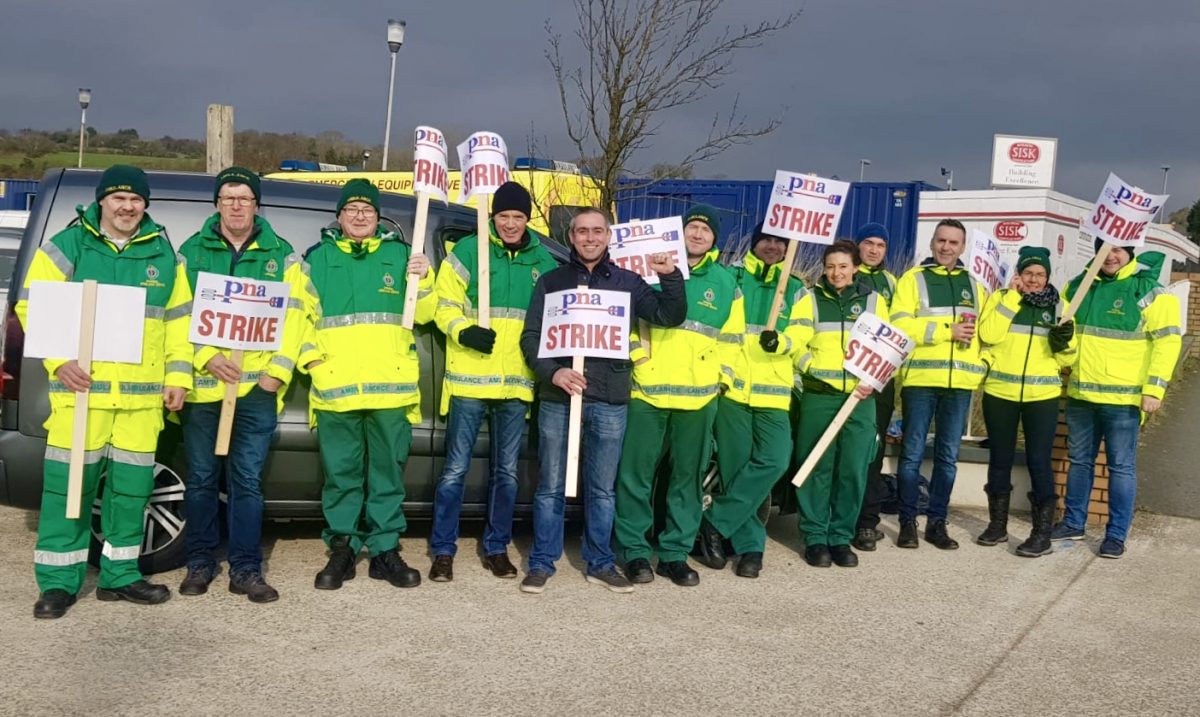 Ambulance personnel belonging to the Psychiatric Nurses Association are out on the picket line today on their second day of strike action for union recognition.

Some 500 staff are carrying out a work stoppage from 7am-5pm nationwide, including those at Letterkenny University Hospital.

The industrial action was sparked by the HSE’s refusal to recognise the National Ambulance Service Representative Association (NASRA), which is affiliated to the PNA.

Members of the union are planning two consecutive strike days on Thursday, February 28, and Friday, March 1, if the matter is not settled by then.

Speaking from the picket line in Letterkenny today, NASRA member Cathal McGlynn said the public response has been positive: “We are getting great support here again, and in Leinster House from TD Thomas Pringle.

“What we are trying to do is keep the morale up and the momentum going and keep the public on our side.

“At the end of the day, we are not looking for a pay increase. We just want the HSE to recognise NASRA.” 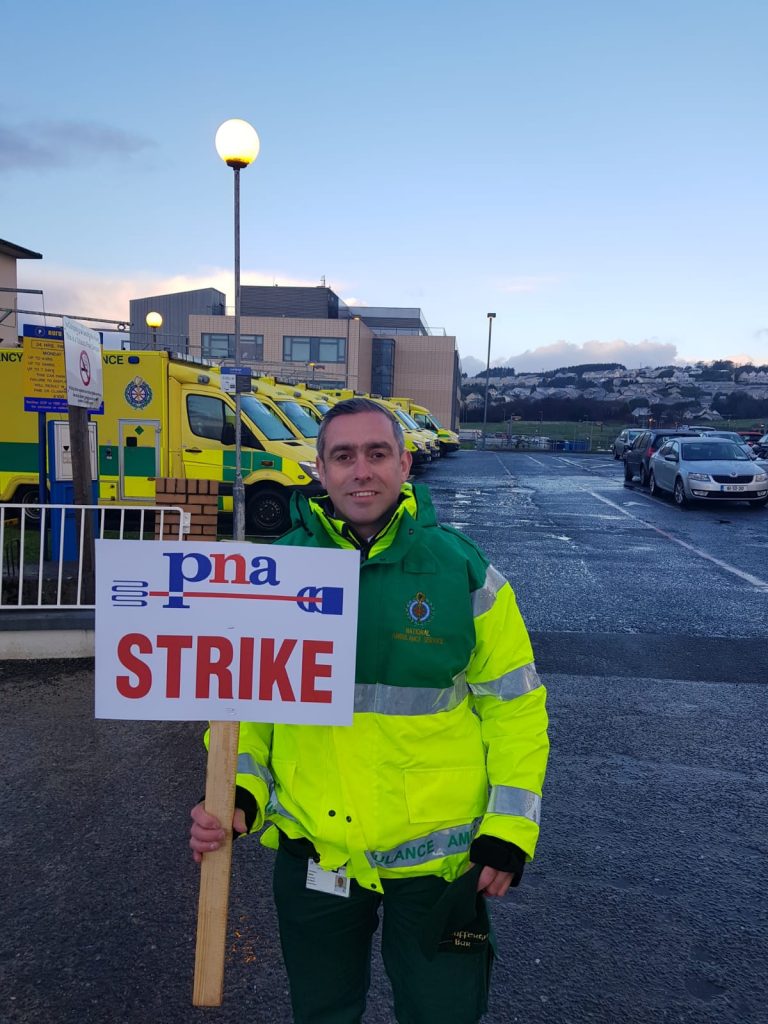 The HSE has said the NAS recognises the trade unions Siptu, Unite, and Fórsa as representatives for its staff and it will not undermine those agreements by engaging with other organisations.

In light of the nurses’ strike result, Mr McGlynn said that PNA personnel are hopeful for action from the Minister for Health.

Mr McGlynn said: “We see a change in the rhetoric and the language coming from the Health Minister. We are hoping that points towards the fact that they are looking for the HSE to start negotiating with us.”

Mr McGlynn explained why he and his co-workers have chosen NASRA as their union, saying: “NASRA is made up of ambulance personnel, people who are doing the job we do day in and day out. They know our issues and concerns, they know exactly what’s needed.

“Every employee should have a right to join a union of their choice. It shouldn’t be dictated to us by our management and our government – it’s our basic right.”

Contingency plans are in place today to ensure services are not affected by the strike.

During his conversation with Donegal Daily, Mr McGlynn commented that some crew members had just left on a call, adding: “Anybody on duty today has checked their vehicles this morning, they have let control know that they are on the picket line and they have their radios on. Our main concern will always be for our patients.”