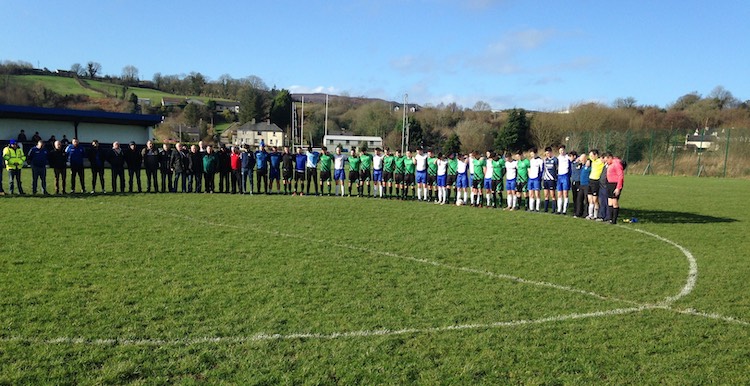 There were poignant scenes at Moyle View Park in Milford this afternoon as Glenea United played for the first time since the tragic death of senior player John Harley.

On January 27, Harley was one of four young men who lost their lives in a horrific road traffic accident in west Donegal

Harley, along with friends Micheál Roarty, Daniel Scott and Shaun Harkin, were killed instantly when the car in which they’d been travelling went off the road at Gleannhulaigh.

Harley had played for Glenea United in the Donegal League Premier Division.

And this afternoon, Glenea played Milford United on a day when the emotions stirred.

Before kick-off, players from both teams stood arm-in-arm, joined by club officials, management, match referee Liam McLaughlin and some supporters to observe an impeccable minute’s silence.

The emotion of the moment was heightened as Mark Harley, brother of the late John, took his place in the Glenea starting eleven as the club took to the field for the first time since the tragedy.

Hikers asked not to climb Errigal this...