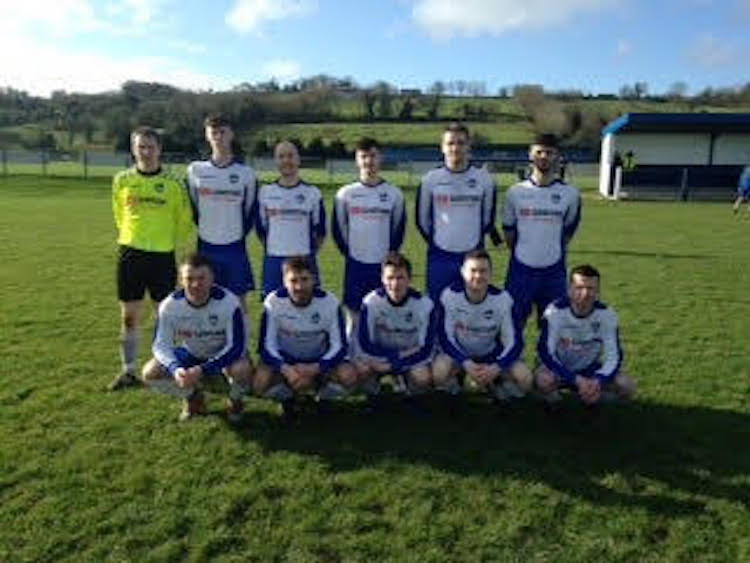 Listen: Shaun Sandilands and Milford look to keep on the winning trail

Shaun Sandilands was delighted to see his Milford United emerge victorious from a potential banana skin against Glenea United yesterday.

A highly-charged afternoon began with the teams forming an arm-in-arm link around the centre circle for a minute’s silence in memory of the four young men who lost their lives in a horrific accident last month in west Donegal.

The four men included Glenea player John Harley and it has been a trying few weeks. Yesterday, Glenea – including John’s brother Mark – returned to action at Moyle View.

“We were a bit worried because we knew Glenea would be up for it,” Sandilands told Donegal Daily/Donegal Sport Hub after a 3-1 win.

“It was a difficult game. We knew we’d have to work really hard. Some of the football was good, some was scrappy, but we’re delighted with the win.”

Gary Merritt netted from a stunning free kick for Milford, who also had Terence Shields and Joey Cullen on the mark.

The game saw Milford return to winning ways after a 3-3 draw with Donegal Town, after having been 3-1 in front.

Sandilands said: “Draws are no good to you in this League. They’re a waste of time to you.

“We’ll try and push on now. We were missing a couple today, but we’re delighted to get the win and we’ll get the focus on again for St Catherine’s next week.”