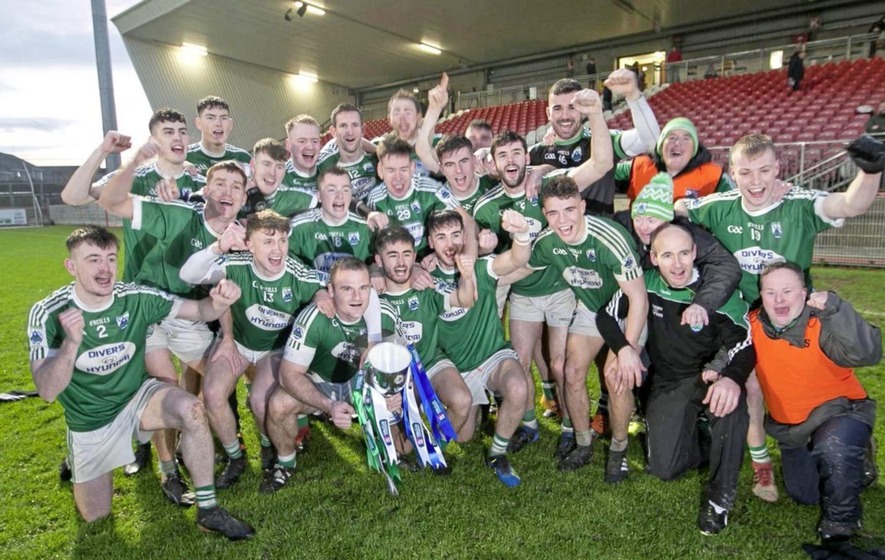 When Gaoth Dobhair won the 2006 Donegal SFC, times were different.

Stephen Cassidy bagged the goal that downed St Eunan’s on a soft Ballybofey Sunday and Gaoth Dobhair were kings.

Declan Bonner was the man in the Bainisteoir’s coat 13 years ago when Gaoth Dobhair reigned supreme.

Gaoth Dobhair went into combat without James Gallagher, their captain, who had got married, while Cassidy was on holiday, and lost 0-12 to 1-4 to Crossmaglen.

It would be 12 years before they met Cross again.

The curtain fell for Gaoth Dobhair after ’06, but in 2018 the team on a mission saw the whole of the moon – and more – again.

This time, they weren’t content with Dr Maguire. The bigger prizes didn’t seem so distant any. More.

Since St Joseph’s – now defunct – in 1975 won Ulster, no Donegal club had topped the senior club scene in the province. Killybegs, Naomh Conaill and Glenswilly had been to the final, but without any joy.

“For many years, we seemed happy to come out and win the county title,” was Declan Bonner’s take on why Donegal’s record, for so long, was so poor.

“We were seen as an easy touch in Ulster. That has changed in recent years.

“We have been so close but Gaoth Dobhair got over the line and they’ve opened the door now. A number of teams out there are well capable of doing what Gaoth Dobhair did – and that makes for a very interesting club championship.”

Indeed, Gaoth Dobhair have removed the Indian Sign that once haunted Donegal’s teams on a provincial quest. That they even began to think that Croke Park on St Patrick’s Day was possible is perhaps testament in itself to where they stood ahead of last weekend’s All-Ireland semi-final against Corofin.

Kevin Cassidy, before the Ulster semi-final against Crossmaglen, mentioned how it was massive for ‘my crest to come shoulder-to-shoulder with theirs’.

They could be proud of their endeavours even if they did leave Carrick-on-Shannon with more than a tinge of regret.

“In a few weeks, you’ll look back and think that there, but we have lost an All-Ireland semi-final and an opportunity to play on Paddy’s Day,” Eamon McGee noted.

“For the likes of Cass, Neil and myself, those chances aren’t going to come around too often.

“But that’s football and you’re not guaranteed anything. It was a great opportunity to be here.”

The sights and sounds of supporters from all across Donegal showed McGee that the desire for club success stretches beyond the parish boundaries once the county championship has been and gone.

He said: “Hopefully the standard is set now for Gaoth Dobhair and Donegal to push on, and become heavyweights in Ulster, and hopefully some team will make that breakthrough to Paddy’s Day.”

Donegal’s clubs are now mixing with and matching at the top level.

In the Ulster Junior Championship, Naomh Colmcille were winners in 2017 and Red Hughs kept the prize in Donegal this time around.

In December, when Red Hughs navigated a potentially tricky quarter-final against Dunedin Connollys from Edinburgh, Shane Gallagher defied a broken jaw – and the accompanying wires – to come off the bench and score the winning goal.

“I talked to him about it before the game and ‘no regrets’ was the last thing he said to me,” Seosamh Mac Ceallabhuí, the Red Hughs manager, explained.

Stephen McMenamin – a member of the Donegal senior squad and one of Red Hughs’ leading lights – rose to speak to his team-mates at one stage.

The rallying call was clear: ‘We’re never, ever going to be in this position again.”

The words and the actions of the likes of Red Hughs and Gaoth Dobhair has perhaps served as motivation in all corners of the county as one year has, all of a sudden, become the next.