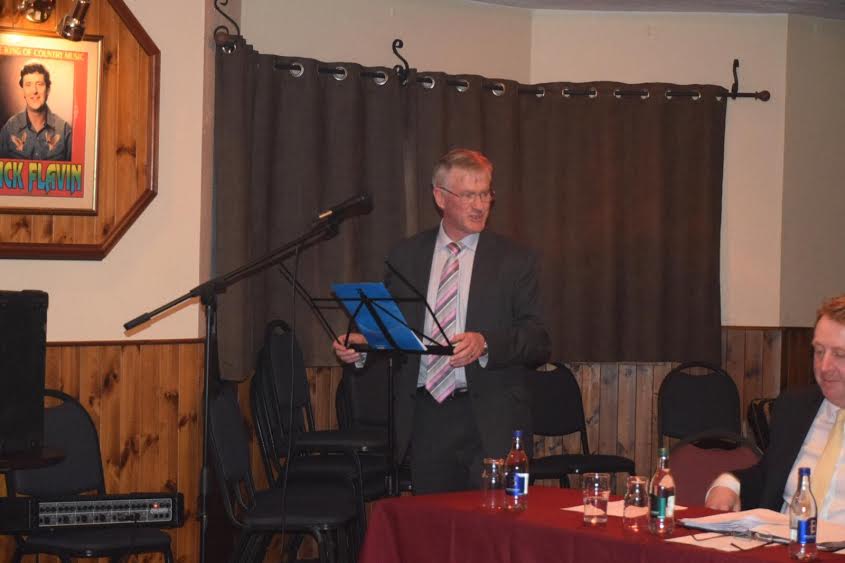 Local business man and former Councillor Noel McBride from Carrigart has been selected as the Fine Gael candidate to contest the local elections in May in the Milford electoral district.

McBride was chosen following a well-attended  convention in Logue’s of Cranford last night.

McBride was the only name before the delegates following the withdrawal of Aaron Sweeney before the vote.

The convention was chaired by Gerry McMunn, member of FG national executive.

McBride was a sitting Councillor from 2004 until he lost his seat in 2014.

McBride was proposed by Ms Eithne McFadden, Carrigart. She told delegates of her long association with Noel in the FG party, his loyalty to the values and principles of the FG.

She also outlined his involvement in community activities before he entered politics plus his list of achievements as a counsellor and the fact that he still has more to give.

His nomination was seconded by Ms Elizabeth Pearson, Kilmacrennan.

She told delegates that she recognised his commitment to the FG party and to his community. She said she always knew him as a man of integrity and as a hard worker who always endeavours to do the best he could for whoever asked him for representation and assistance. 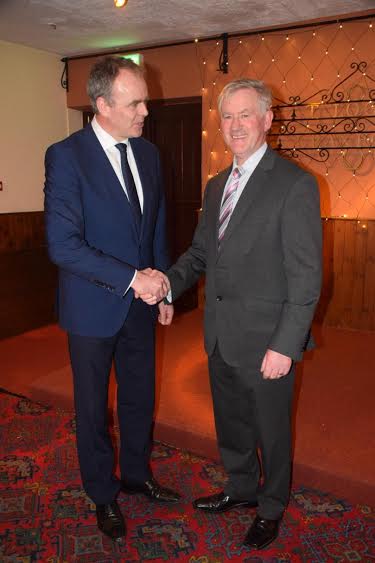 Elizabeth said that he knows the specific issues facing this constituency, he knows what needs to be done and most important of all, he knows how to do it.

In his address to the delegates following his selection, McBride thanked the delegates and the party for putting their faith in him as their standard bearer for FG and he outlined his priorities for the next five years and his desire to win back the FG seat that was lost in the last election.

He complimented Aaron Sweeney for his support over the years and predicted that Aaron has a bright future in local and indeed national politics.

He emphasised the important work that Joe McHugh T.D. is doing as Minister for Education & Skills at national level and the importance of having a FG network in place to support him. He said he pledged his total commitment to the election and he appealed for unity and support from the FG party in the district to ensure he gains a FG seat in May elections.

He pledged that if elected, he would give his total commitment to the electorate in the Milford ED.

Minister for Education & Skills, Mr Joe McHugh T.D. was present at the convention and in his address to the delegates, he emphasised his support for Noel, he encouraged all present to support Noel to ensure his election in May.

He said that national government needed a robust network of support on the ground to ensure that there was a two-way communication channel to facilitate exchange of ideas and issues.