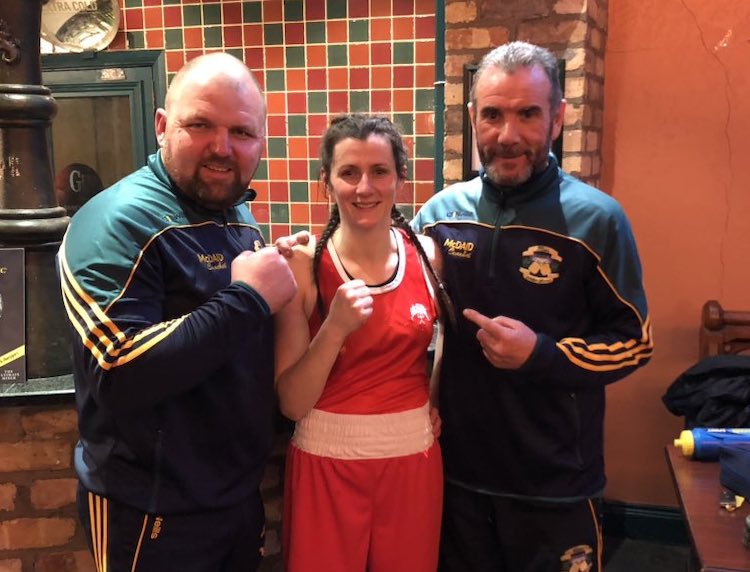 In the opening bout of the Irish Elite finals night, Canal ABC’s Fleck proved too slick for Barr and claimed a 3-1 verdict from the judges.

Barr took two counts – the second of them a soft and harsh one from referee Philip Holiwed – in the final round as her dreams were dashed.
Flitting between southpaw and orthodox, Barr had a very good second round, when she was more than a match for Fleck – who had beaten her in last month’s Ulster Elite final.

Fleck began the more assertive and was able to get on top through her greater power.

Barr did get between the guard with a neat right hand and the second verse was more fluid from Barr, in spite of Fleck having turned the screw somewhat.

Barr received a walkover in her semi-final while Fleck overcame Courtney Daly via a unanimous decision last Saturday night.

Both had been comfortable in their quarter-finals, Fleck defeating Carol Coughlan from Monkstown and Barr beating Ciara Walsh from Smithfield.

Barr was counted twice in the third round and was unable to make significant inroads.

In late 2015, Barr – then in the colours of the Twin Towns BC – reached an Elite final, but was edged out by Lauren Hogan.

It has taken from then to now for Barr to get back to this stage.

Having competed at the 2016 AIBA Women’s World Championships – when she lost out to Canada’s Kim Clavel – Barr had to withdraw from that year’s European Championships.

The injury-haunted Strabane woman battled back from the brink since then.

A series of ailments stunted Barr, who had to have hip surgery in late 2018.

Barr returned to beat Emma Feeney and reach an Ulster Elite final, which she lost on a 3-2 split decision to Fleck.

The stars would align again for a quick rematch between the duo as Barr sought revenge, but Fleck did the business.