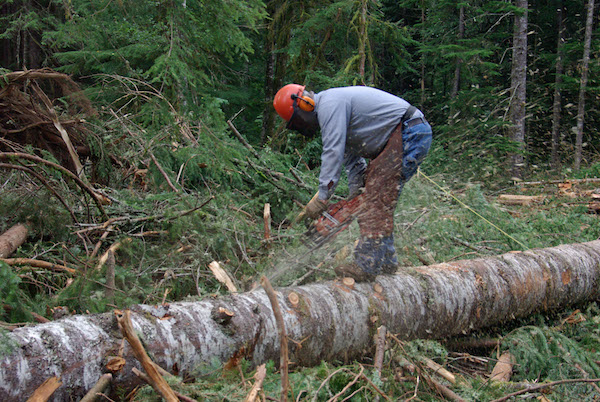 Investigation launched into clearance of trees at Donegal farm

An investigation has begun into a large-scale clearance of mature trees and hedgerows at one of the biggest organic farms in Europe, in Co Donegal, after a Government official alleged a breach of environmental protection laws.

The Irish Times reports that works at the 2,400-acre Grianán Estate farm in Inishowen, which includes a nature reserve and popular tourist trail, were on a “significantly larger scale” than permitted, Department of Agriculture files state.

The huge organic farm was bought for €17 million in 2017 by agriculture and renewable energy firm Glenmore Estate.

On lands mostly reclaimed from Lough Swilly, and including its own 500-acre lake, the farm supplies a number of well-known brands.

But it is also regarded as one of Donegal’s most important ecological habitats.

A large section is designated under the Lough Swilly Special Area of Conservation and Special Protection Area. These are prime wildlife areas protected by EU legislation as they are deemed to be of European as well as Irish importance.

Both Minister for Agriculture Michael Creed and Minister for Heritage Josepha Madigan have been questioned in the Dáil about “widespread concerns” over works at the farm.